Group plans to install clock on north side of courthouse 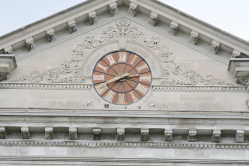 They got an offer they couldn't refuse.

It wasn't a deal with Don Corleone, but an improvement to the Putnam County Courthouse at no cost to the county that the commissioners felt compelled to accept at their Tuesday meeting.

That was when Lee Stewart proposed an idea to install a clock on the north side of the Putnam County Courthouse.

"It won't cost the county a penny," Stewart said.

The Warren Township resident explained that he and a handful of others have been kicking around the idea of installing such a clock to match the clock already on the south side of the courthouse.

The new model, he said, will be more up-to-date than the model on the south side -- backlit, able to reset itself after power outages -- but will stylistically match the other clock and the courthouse in general.

Stewart said these advances should make upkeep much easier for the new model, with no one having to crawl out on a ledge to change bulbs when they go out.

He gave credit to Mike Hecko for upkeep of the current clock over the years. 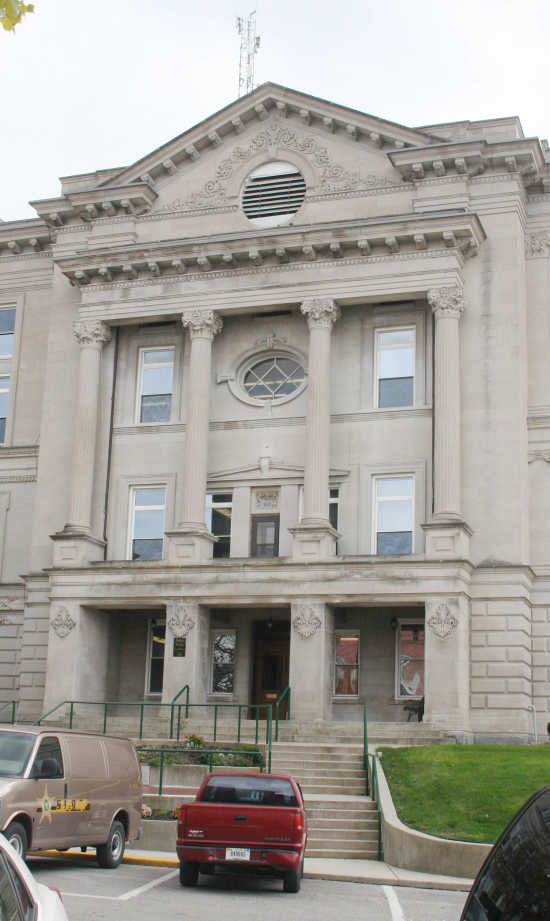 The gable over the north porch of the Putnam County Courthouse could take on a decidedly different look in the future, with the proposed installation of a clock to match the one on the south side of the 109-year-old structure.

In approving the measure, which they did 3-0, commissioners Don Walton, David Berry and Max Watts, were committing no money to the project, simply giving the go-ahead for fundraising.

"I just need approval so I can start shaking people down," Stewart said to a round of laughter.

The south side clock was purchased and installed on donations from Putnam County realtors. Stewart said veteran Greencastle realtor Bob Evans is among those planning this project.

The total cost of the clock will be somewhere in the $8,000-$10,000 range, and organizers have some time to seek this funding.

The current plan is for the clock to be installed to coincide with 2016 Indiana bicentennial celebrations now in the planning stages.