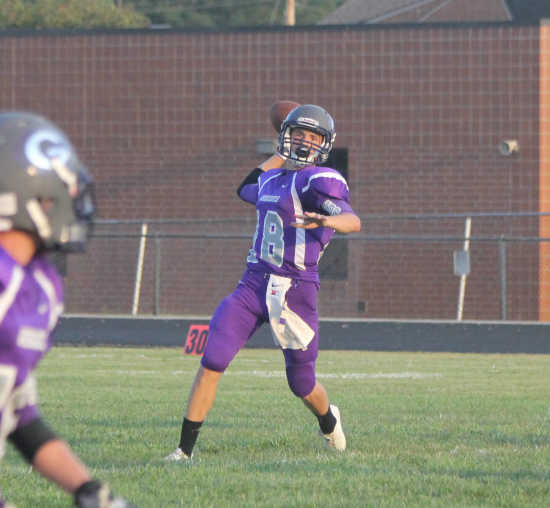 Greencastle senior Tyler Scott, pictured during a game against West Vigo, was an all-state selection by The Associate Press. (Banner Graphic/GRANT WIEMAN)
Order this photo

South Putnam junior running back Lucas Lorian was one of several local athletes named to the recent all-state football teams. 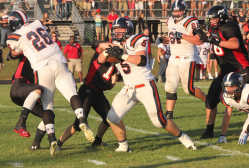 Lorian was named to both The Associated Press 1A all-state honorable mention team and the Indiana Football Coaches Association junior all-state team and is the only local athlete on both lists.

Lorian set several school records this season, including rushing yards (2,787) and touchdowns (37). He is joined on the coaches' all-state team by sophomore teammate Joe Masters, an offensive lineman for the Eagles. 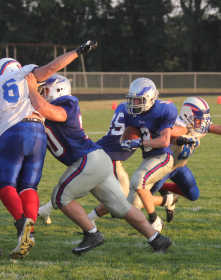 North Putnam senior Grant Bryan, a linebacker for the Cougars, was selected to the 2A AP all-state honorable mention team.