Maurice Stanley "Reese" Parker, 77, of Fillmore, passed away on Saturday, April 5, 2014 surrounded by his family.

Reese was born on Jan. 12, 1937 in Putnam County to Richard Parker and Virginia Geabes Parker. 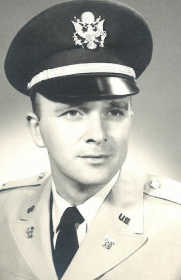 He was a 1955 graduate of Greencastle High School and a 1964 graduate of the Indiana Military Academy.

Reese served his state and country in the Indiana National Guard, retiring as a major after 28 years of service.

He also retired from IBM Corp. with 33 years of service.

Mr. Parker was a member of Fillmore United Methodist Church, where he served as a trustee for several years, and was a life member of the NRA.

Reese enjoyed mowing, woodworking, farming and could make any small engine run. Most of all he was a wonderful husband, father and grandfather who is greatly missed.

The family will receive friends on Tuesday from 4-8 p.m.. at the church.

Memorials in Reese's name may be made to the Fillmore United Methodist Church, 221 S. Main St., Fillmore, IN 46128.

Condolences and expressions of sympathy may be shared with the family at www.Hopkin-Rector.com.