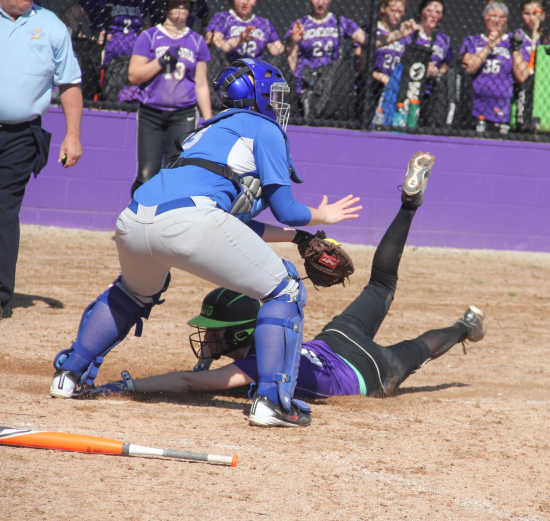 It was a day for defense and offense for the Greencastle softball team, who took on Eminence Saturday. Eminence swung the bat all game, but they were no match for the Tiger Cubs who won in five innings 10-0.

"They came out and just took care of business today," Greencastle coach Dave Keller said. "That's how they should be playing against a team like Eminence. They kept playing defense all game."

A large part of that Tiger Cub defense was the pitching of freshman Skyler Hensley who pitched the entire shutout victory. 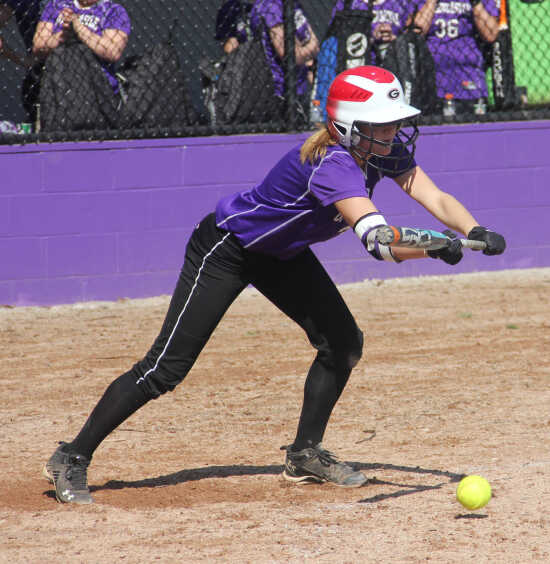 Sophomore Paige Bragg of Greencastle pulled off this bunt in the fifth inning. She made it safely to first and scored. (Banner Graphic/JAY LOCKETT)
Order this photo

"I had a good team behind me," Hensley said. "We worked really well together. They made some good plays."

The victory puts the team at 2-1 going forward in the season. Coach Keller has a positive outlook on the future as he considers the team's youth.

"We're very young," Keller said. "We started four freshman and three sophomores. We only have one senior. When you're that young, you can't ever look at the scoreboard and think 'We've got enough points' and they didn't."

Greencastle did jump to an early lead when, in the second inning, freshmen Grace Paul and Regan Keller scored, as did sophomores Kaylee Evans and Paige Bragg.

"Since we didn't score in the first inning, the second was huge," Keller said. "We had two freshmen and two sophomores leading off and they all got hits. That was a big inning." 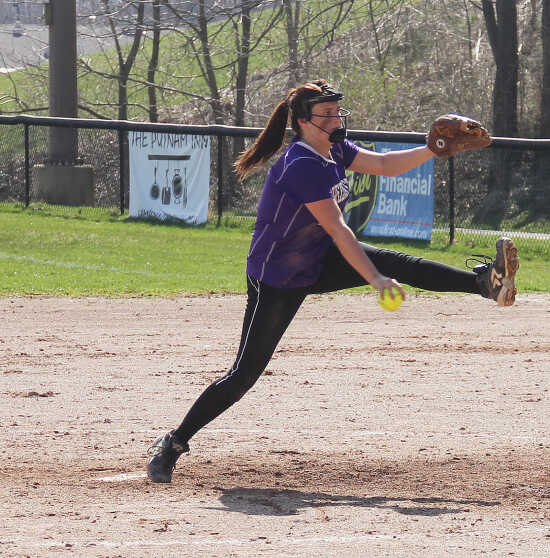 Greencastle freshman Skyler Hensley pitched the entire game which ended in a shutout. She finished with 11 strikeouts on the day giving up just four hits. (Banner Graphic/JAY LOCKETT)
Order this photo

Pitching throughout, Hensley was dominant striking out 11 Lady Eels.

"My fast ball was working well. No one was catching up to them," Hensley said. She got four batters looking and seven swinging. "My changeup could've been better. I could've hit my spot a little more, but it kept them off-balanced."

Eminence was never able to get its footing. Another big inning in the fifth, with more runs from Regan Keller, Evans and Bragg and no errors on the part of the Tiger Cubs, saw Greencastle finish up the match easily.

"We go to North Putnam and we allow one hit and get nine strikeouts," Coach Keller said. "Then we go the Edgewood and it's flip-flopped. Our defense tonight was exceptional. It looked tight."

Greencastle will travel to Terre Haute South Monday. The game starts at 5 p.m.