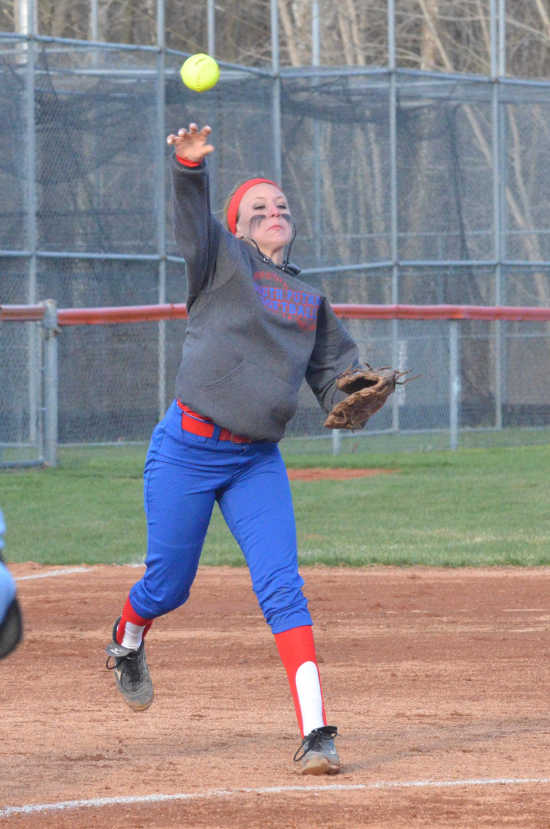 CLAYTON-- Facing the WCC favorite on the road Tuesday instead of at home Monday, South Putnam took on Cascade looking to move over .500 in WCC play.

The hosts bagged two runs in the first and never looked back as the Cadets took the first game of the series 7-1.

South Putnam head coach Roshia Sullivan said the squad could not get going the way they had at times over the weekend.

Both sides threatened to score in the first and third innings but while the visitors were rebuffed in their efforts, the hosts capitalized to the tune of four runs.

Katie Hewett doubled and reached third after a single by Makenzie Trisler but Kellie Mink got the final out of the inning on the second of her 14 strike outs in the game.

The Eagles had another chance to score in the third with runners on first and second but Trisler's drive to left was snagged on the run by Mallorie Smith.

The hosts scored two more after a pair of errors helped to load the bases in the third inning. A walk and a pop-out plated the runs but the Eagles prevented more damage by catching Collier in a run-out that ended the inning.

Trisler got the visitors on the board with a solo shot in the sixth inning but the run was returned when Mink hit a three-run home run in response.

Mink struck out the bottom of the order to end the game and send South Putnam backhome with its second conference loss of the year.

Though Brooke Cundiff took the loss, Sullivan said that the senior pitched well against a very good hitting lineup.

"I'm proud of Brooke," Sullivan said. "She's pitched every game we've played and she's doing a great job. We can't ask much more from her."

The two squads return to South Putnam Wednesday night to make up Monday's rain-delayed contest and Sullivan said the squad needed more urgency in the next game.

"We weren't really ourselves here tonight," Sullivan said. "We need to come out fired up tomorrow night and show them who we really are.

"We have to toughen up on defense. We have to push our base runners in. We can't strand them like we did tonight." 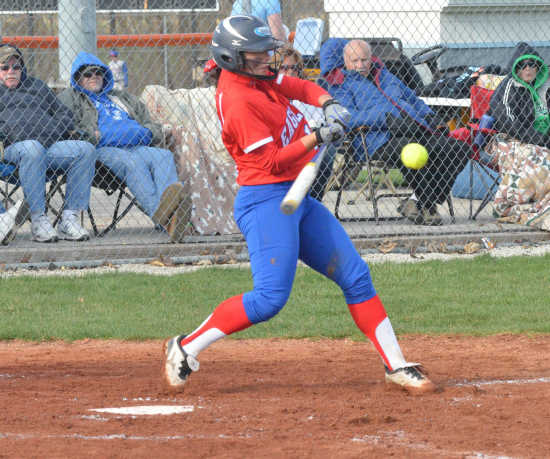 Makenzie Trisler takes a swing in the loss against the Cadets. She had a solo shot in the sixth inning to put the Eagles on the scoreboard. (Banner Graphic/TRENT SCOTT)
Order this photo