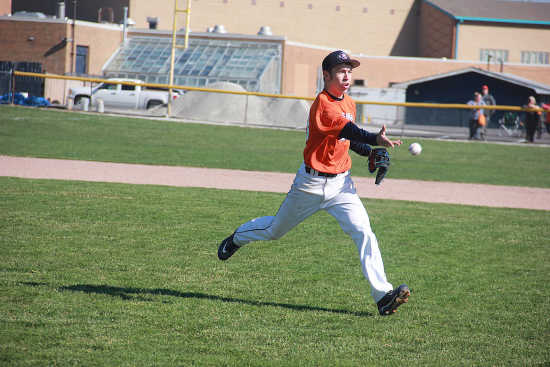 Unfortunately for North Putnam, it was the pitching of Western Boone's Nathan Bye that made all the difference. He threw a no-hitter in the 7-0 Cougar loss.

North Putnam was shutout at Rockville 10-0 on Thursday.

In that game the Cougars only managed three hits and had four errors.

He only gave up two earned runs in the entire effort, but the team had 4 errors. That led to the seven runs.

"We're in a little bit of a funk right now," Webster said. "We're a young and inexperienced team. When you are this young you are going to have a little growing pains."

While the second loss in a row hurts North Putnam's overall record, a few changes were made with regard to the upcoming Cloverdale game which, as a conference rivalry game, holds a lot more at stake.

"Every single game is important," Webster said. "We had some different players in the line-up and the loss doesn't hurt us as much when it's not a conference game."

North Putnam will host the Clovers Monday and then will travel to Cloverdale on Tuesday. Both games will start at 5 p.m.