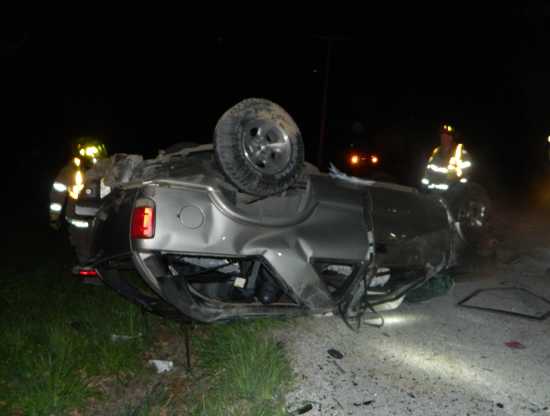 The SUV traveled off the right edge of the roadway, struck a tree and continued east, rolling over multiple times. The SUV came to final rest on its top in the westbound lane.

Glass was able to exit her vehicle and began walking toward Cloverdale when she was picked up by a passerby approximately a half-mile from the scene. The passerby called 911 and returned Glass to the scene.

During the crash investigation, officers noticed signs of possible intoxication. A blood test at Putnam County Hospital revealed her blood-alcohol level was .18 percent.

Glass was undergoing treatment for her injuries at Putnam County Hospital and will be summoned to court on operating a motor vehicle while intoxicated charge and various traffic-related charges.

"The fact that Ms. Glass suffered non-life threatening injuries in the crash and survived, is the direct result of Glass wearing her seatbelt," investigating officer ISP Trooper Jonathan Cumbie commented.