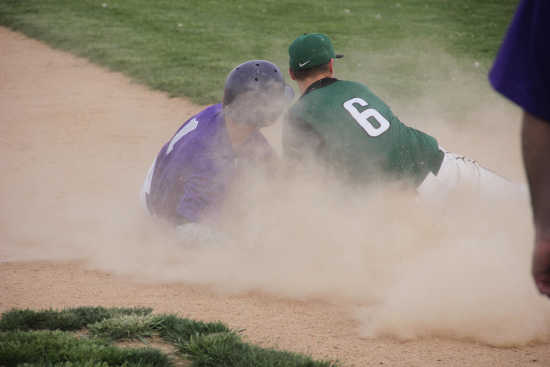 Greencastle's Tanner Nicholson looks back as he umpire signals the safe call. He recored an RBI and two hits in the home win against Monrovia. (Banner Graphic/JAY LOCKETT)

It's hard to win when a baseball game, when your team strikes out 16 times at the plate. That's exactly what Monrovia had to deal with when Greencastle's Seth Brown was on the mound Monday. This helped the Tiger Cubs to their 9-2 victory at home.

This win was exactly what Greencastle needed late in the season. 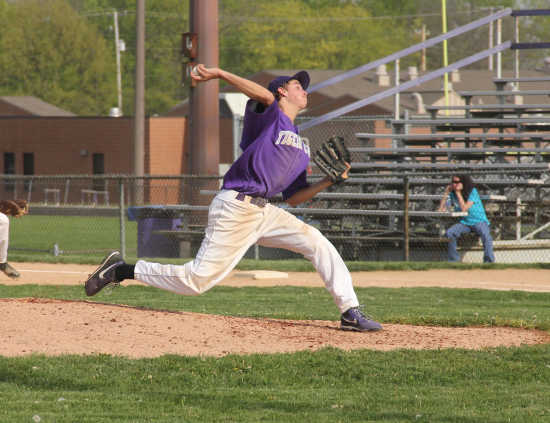 Greencastle pitcher Seth Brown delivers one of his 16 stikeouts Monday. He also pitched for no walks in the game and collected three hits. (Banner Graphic/JAY LOCKETT)

Its last victory came on April 12 against Brown County. In addition to his 16 strikeouts, Brown didn't walk any runners and he recorded 3 hits.

Remsburg said the team's been working harder than ever to make a dent in its 3-9 record and to make sure that hits are leading to runs.

The team traveled to Monrovia Tuesday and looked for similar results both on the field and on the scoreboard.

"I tell them to be positive and keep the bats swinging," Remsburg said. "Seth's not pitching so we'll have to rely more on our defense. We'll probably use two or three pitchers."

Aside from the pitching decisions, another victory against Monrovia would've them in manageable shape when it comes to making a run before the post-season.

"The boys were excited to record this win. It really picked up moral. I'm just proud of the boys," Remsburg said.

Greencastle couldn't complete the sweep however and lost Tuesday 10-3.