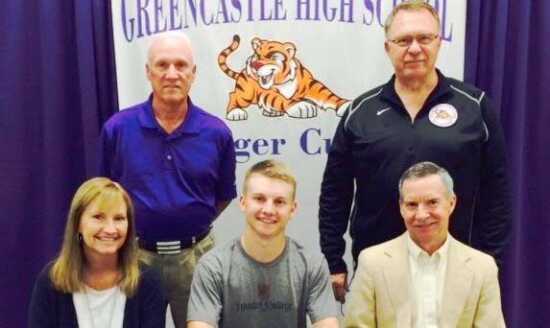 Greencastle High School senior Alec Davis signed his Letter of Intent to play Men's Golf and attend Rhodes College in Memphis, TN. "Alec Davis was a four-year letter winner, four time all-conference and county, two time regional qualifier, two time Co-MVP, and member of an undefeated 2012 team. Alec has demonstrated throughout his four years that he has the ability and work ethic that it takes to compete at the next level.I am very pleased that Alec has chosen to be a Rhodes Lynx; and that he will continue both his golfing and academics at such a fine college," Greencastle coach Steve Paquin said. "His skill level is outstanding and he will fit in nicely with his new teammates both athletically and academically. It will be interesting to watch his progress throughout the next four years."