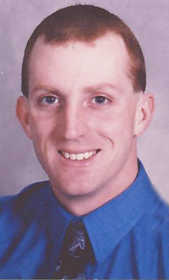 He was a 1988 graduate of South Putnam High School.

In addition to his wife, he is survived by his mother, Ruth McDonald; children Abigail McDonald and Phoebe McDonald; brother Tony McDonald and partner Jason of Noblesville; sister Sonya Weaver and husband Sam, Brazil; and mother and father-in-law Bob and Terri O'Brien, Greencastle.

Troy also had many aunts and uncles and several nieces and nephews.

He was preceded in death by his father, Bill McDonald.

Funeral services will be conducted at 11 a.m. Thursday, May 29 at Whitaker Funeral Home, Cloverdale. Visitation will be 5-8 p.m. Wednesday, May 28.