In 1972 he married Ronda L Christy, and she survives. 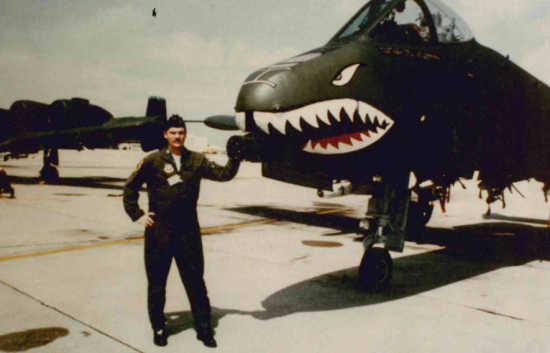 He was a 1971 graduate of Cardinal Ritter High School, Indianapolis, and holds B.S. degrees in social sciences and criminal justice, Troy University,1979, and an MA in public administration, Webster University, 1982.

In January 1972 he joined the U.S. Air Force and enjoyed a challenging and distinguished 28-year career, retiring in 2000.

During his career he held many positions, including commander of the USAF Weapons School, squadron commander, staff officer-inspector general at Langley AFB, and ops officer, RAF Alconbury, England.

He served three deployments to Kuwait for Desert Watch, and later served in Saudi Arabia for Desert Storm.

Basically John was a fighter pilot who loved every minute he flew the A10 "warthog."

After retiring from the Air Force he joined the team of pilots at FedEx, retiring in 2012.

He had many interests and hobbies, including photography and woodworking, and was an avid, lifelong race fan, seldom missing the Indy 500.

John was very patriotic, loved his country, lived to the fullest and treasured his family and friends.

Calling will be from 11 a.m.-2 p.m. Friday, July 25 with service and burial at Floral Park to follow.

Memorial contributions can be sent to the Wounded Warriors fund. Condolences can be made on line to www.flannerbuchanan.com.