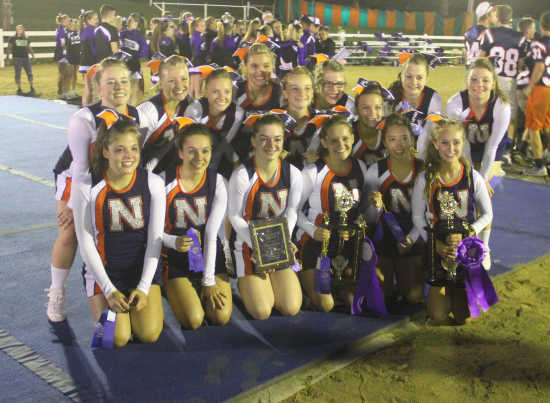 It saw great performances not only from its cheer squads but also from the Tiger Cub football team and from the surrounding area schools.

Their happy cheers and enthusiam won them the 2014 Cheer Contest Spirit Award. 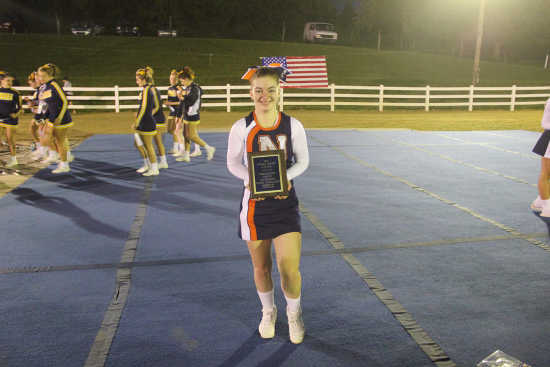 The contest was held at the Horse Arena and the local schools' football teams were there to cheer on their cheerleading sqauds. The teams led the crowd in cheers and dances throughout the competition.

It's no wonder Greencastle won the award, its freshman squad won the first place prize and one of their football players won the push-up contest beating out more than 15 other contestants. 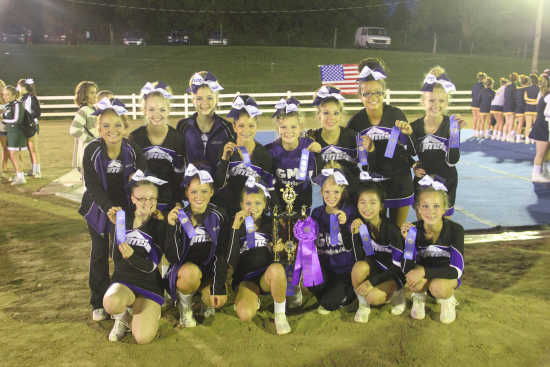 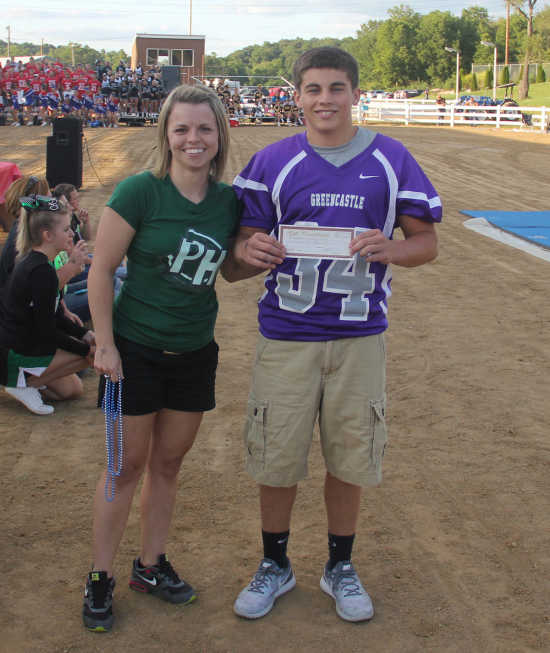 The entirety of Tiger Cub participants in the Putnam County Cheerleading Contest, including the varsity, freshman and the football team, pose for a picture after Greencastle won the Spirit Award. (Banner Graphic/JAY LOCKETT) 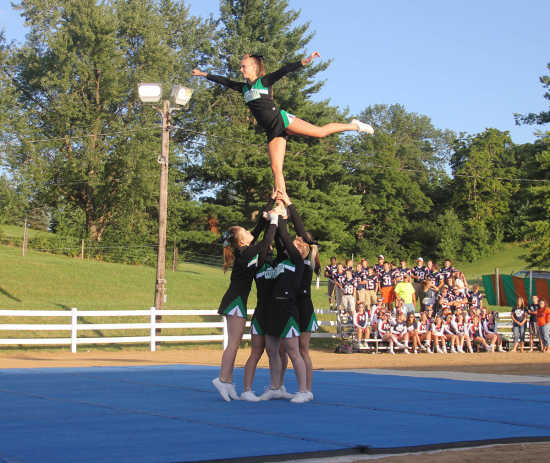 Cloverdale High School using four as a base raise a flyer into the air as high as they can get her during the Putnam County Fair. (Banner Graphic/JAY LOCKETT) 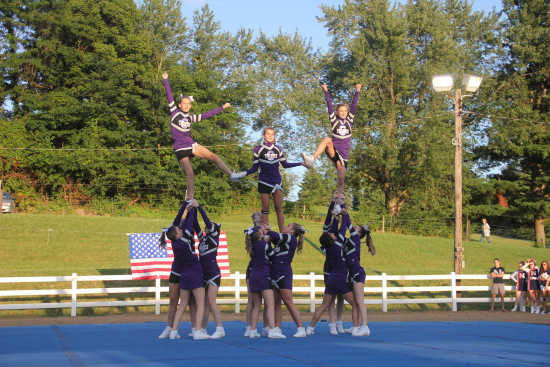 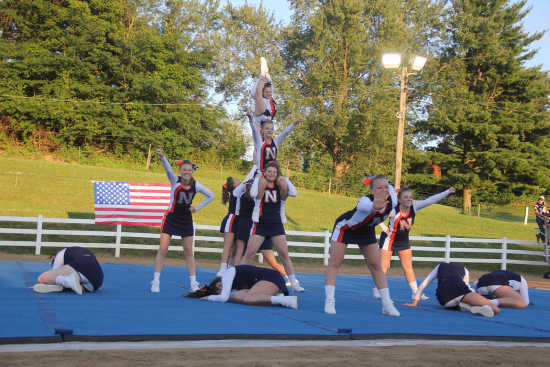 North Putnam ends its routine with about half of the team surrounding a pyramid in the middle of the mat. (Banner Graphic/JAY LOCKETT)

South Putnam sending multiple flyers into the air as they form a pyramid during the Putnam County Fair. (Banner Graphic/JAY LOCKETT)
Respond to this story