Andrew Fenwick sentenced to one year of probation 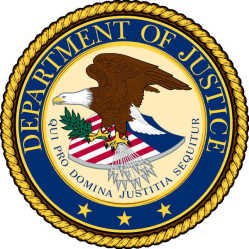 INDIANAPOLIS -- A federal judge has accepted the guilty plea of a former Putnam County reserve sheriff's deputy, sentencing him to one year of probation.

In a plea agreement announced in November, Andrew Fenwick, 25, Greencastle, was to plead guilty to a pair of misdemeanor charges of acting as an accessory after the fact to deprivation of civil rights under color of law.

These were reduced charges from the original three felony counts of perjury for making false declarations before a grand jury. Each felony could have carried a sentence of up to five years imprisonment.

Fenwick will be on home detention for six months, to commence as soon as practical, and shall abide by all technology requirements.

During Fenwick's period of radio frequency monitoring, he will be restricted to his house at all times except for employment; education; religious services; medical, substance abuse or mental health treatment; attorney visits; court-ordered obligations; or other activities as pre-approved by the probation officer.

Fenwick will also pay all costs of participation in the program in accordance with his ability to pay.

Another specific provision of the agreement is that Fenwick agrees to never again seek commission as a law enforcement officer or correctional officer in Indiana or elsewhere in the United States.

The original indictment alleged that Fenwick provided material false statements with respect to:

-- The degree to which Fenwick used force to assist Smith in the apprehension of an individual near Moore's Bar in Greencastle on Nov. 6, 2011;

-- Whether Fenwick had seen a police report prepared by Smith concerning Smith's use of force against another individual at the Cloverdale Truck Stop on Dec. 28, 2013, and;

-- Whether the victim of Smith's use of force at the Cloverdale Truck Stop had struck Fenwick with a closed first before Smith used physical force against the individual.

Plea agreement documents made no reference to the alleged perjury. Instead, Fenwick simply acknowledges in the agreement that he knew Smith had committed the crime and that he assisted in preventing Smith's trial or punishment.

Smith was arrested in March 2014 and was subsequently found guilty of two of the four brutality charges during a September trial.

In December, Smith was sentenced to 14 months in prison for the crimes with two years of supervised release.

Smith reported to the Butner low-security federal correctional facility in Granville County, N.C., on Jan. 27. His projected release date, according to the Bureau of Prisons, is Jan. 28, 2016, bringing his total time served to a few days more than one year.