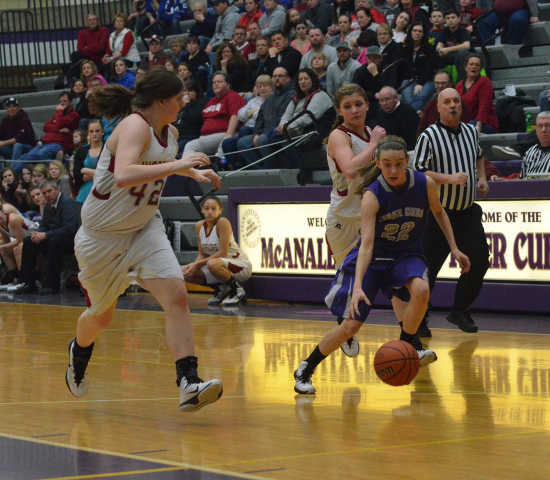 With a spot in the IHSAA Girls' Basketball Class 3A Sectional No. 27 sectional final up for grabs, Greencastle entered postseason play against a Danville squad that had eased past Beech Grove on Tuesday.

A quick start for the Warriors, playing as the home team, soon turned into a rout by halftime as the visitors streaked past the Tiger Cubs 71-48.

Greencastle head coach Bradley Key felt the team was tense early against a Danville squad that was growing into the postseason. 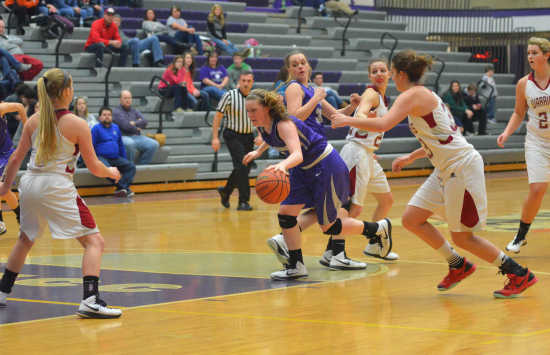 "You have to give credit to Danville," Key said "I thought they were outstanding and I felt like we ran into a buzz saw tonight.

"We watched them against Beech Grove on Tuesday and they came out a little slow but got a game under their belt. The bye is good sometimes and sometimes the first-game jitters hurt you."

After a tense start, Danville kicked off the scoring with a three that was answered in kind by Greencastle's Bethanie Burgeson. 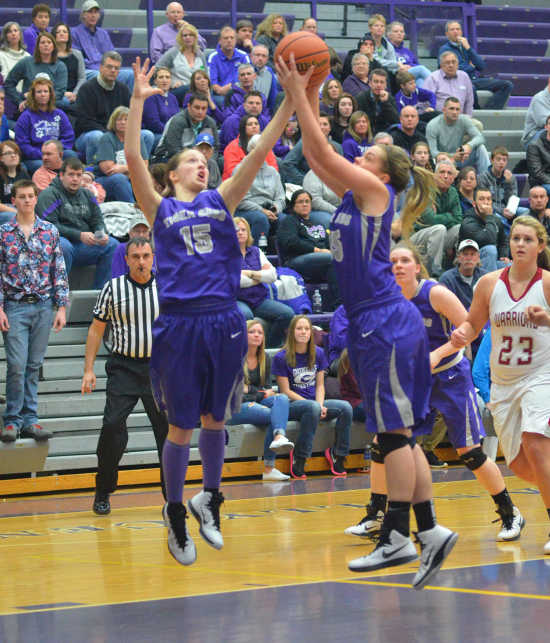 The Warriors scored the next five points and extended the lead to eight before Delanie Stoltey hit a three to cut the lead to 15-10.

That would be the closest the Tiger Cubs would be for the rest of the game as a three in response from Warriors', forward Maleha Motter set up the leaders with an 18-10 after a quarter of play.

The hosts would not score until the 3:20 mark of the second quarter through Paige Bragg and in the meantime, Danville ran off 10-straight points to push its lead to 18.

"We played on our heels in the first half more than we'd like to," Key noted. "Against a team like Danville, you have to attack anytime you have a gap.

"When you don't, they'll get up on you and take it away any opportunity that they have. That's what they did tonight in the first half and we dug ourselves a hole we couldn't get out of."

Stoltey and Mia Stevens knocked down shots to start the second half, only to see Danville score 16 of the next 18 points to push the lead to 34 points.

Madison Trout and Lauren Bridgewater scored baskets to close the quarter but the 30-point deficit meant the outcome was well in the Warriors' hands.

Key said the squad could have rolled over then but praised their willingness to keep battling on.

"I thought it was neat that we didn't stop fighting," Key said. "For four quarters, we played hard the entire time and there wasn't a moment where I thought we weren't playing hard.

"Danville was a lot better tonight but give credit to our girls for fighting. We got it back down to 20 when we could have let it get to 40 or 50 if we didn't play hard."

Callan Taylor, coming back from injury and hampered by early fouls, scored 12 of her team high 16 in the final quarter to help cut the deficit to 23 at the final horn.

With the loss, Greencastle's senior class ends its career with a win-loss record of 56-36, two Putnam County Tournament championships, one outright and one shared WCC titles and a sectional championship in 2013.

Key said the senior group of Taylor, Stoltey, Bridgewater, Trout and Jessica Lenihan laid down a significant platform for future groups to follow from.

"More importantly, they're just great girls and I couldn't ask for a better group to coach for four years. Every practice, they gave it all, they all had their niche and when we talked in the locker room about their legacy, replacing them is not going to be easy because they set the bar high.

"I think Callan Taylor ended up in the top-10 scorers in Greencastle history," Key added. "Jessica Lenihan got into the 500-point club and didn't play in the second half of the season.

"Lauren Bridgewater is one of the better pure shooters we've seen. Delanie Stoltey was the only senior to start every game, which was neat, and Madison Trout had unbelievable practices that made our first team better.

"I'm proud of them," Key said. "They've done a lot for our program and we're going to miss them next year."

With three of the five starters on the court returning and several others getting minutes throughout the season, Key said the returning squad has plenty of room to grown in the 2015-16 season.

"We've got two good guards in Bethanie Burgeson and Paige Bragg while having Allison White and Mia Stevens gives you a chance to win a game," Key said. "The cupboard is not bare and hopefully we can reload.

"Brynne Shuee is going to be a player for us down the road, Gracie Smith has a lot of athletic ability and Grace Paul can play. We have a lot of work to do, but that's what the offseason is for."