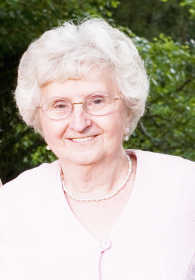 Dorothy worked more than 35 years in human resources for P.R. Mallory, Shenandoah Industries and Lear Corp. She attended the Amo Baptist Church. Her favorite pastime was being with her grandchildren and great-grandchildren, who lovingly called her "Grandma Great."

Her parents, husband and brothers Ralph, Paul and Don Keck preceded her.

Visitation will be held on Wednesday, March 4 from 11 a.m.-2 p.m. at Bousley-Hays Funeral Home in Coatesville. Services will be held at 2 p.m. with Rev. Dave Marty officiating. Burial will be at the Stilesville Cemetery.

In lieu of flowers, donations may be made to the The Leukemia and Lymphoma Society.