We can close book on February 2015 as fifth coldest, 15th snowiest on record

February 2015 was tied for the fifth coldest in the Indianapolis area since weather records began in 1871. 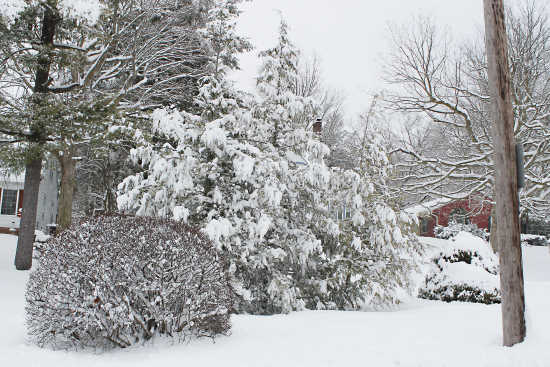 Overall, temperatures averaged 10 to 14 degrees below normal for the month of February across central Indiana.

Oddly enough, the warmest part of the month came during the first week. High temperatures rose into the 50s on the Feb. 7-8 across central Indiana as strong southwest winds brought milder air into the region. Those would be the only two days temperatures rose above 50 degrees all month.

The passage of a cold front the evening of Feb. 8 brought an abrupt end to spring-like temperatures. From that point forward in February, temperatures would almost entirely remain below 40, with numerous days even struggling to make it to 30.

The combination of renewed surges of bitterly cold Arctic air and the gradual expansion of a snowpack during the second half of the month ensured temperatures well below normal. The coldest air peaked on Feb. 19 when several locations were unable to even rise out of the single digits for highs. For Indianapolis, the high of nine degrees on the 19th not only set the record for the coldest high for the day, but also marked the latest occurrence of single digits highs since Feb. 21, 1963.

Several mornings experienced subzero lows during the last 10 days of the month, with a number of locations falling to -10 to -20 degrees on Feb. 20 and 24. Indianapolis broke its record low by four degrees on the 24th, falling to -6.

February 2015 also emerged as the 35th driest in the Indianapolis area since weather records began in 1871.

Four significant winter storms affected portions of Indiana during February. At the very beginning of the month, northern Indiana received eight to more than 20 inches of snow.

On the 15th and 16th, southern Indiana measured from 3 to 9 inches of snow from a storm that dumped over a foot of snow in central Kentucky. Another storm followed on the 21st as central Indiana received 3 to 7 inches of snow. A fourth storm began on the evening of the 28th continuing into the first day of March, bringing the largest snowfall of the season for much of central Indiana.

Monthly snowfall was above normal for the entire state in February with near-record amounts for the South Bend area. Snowfall ranged from six inches in western Indiana -- with 13.8 in the Greencastle area -- to more than 30 inches in the lake effect areas of northern Indiana. Nearly all of the precipitation in northern and much of central Indiana was in the form of snow or sleet. Only southern Indiana received rain which occurred at the very beginning of the month and as glaze or light freezing rain on the 21st.

More than half of the winter season snowfall (December-February) fell during the last half of February for many locations. The 13.8 inches of snow recorded for the month made this the 15th snowiest February on record in Indianapolis.

The official outlook for March 2015 from the Climate Prediction Center indicates a greater chance of below normal temperatures across much of central Indiana. At Indianapolis, the average temperature for the month is 42.2 degrees. The outlook also calls for an equal chance of above, below or near normal precipitation. The average precipitation for March at Indianapolis is 3.56 inches, with 2.6 inches of snowfall.

The official outlook for meteorological spring (March-May) from the Climate Prediction Center indicates an equal chance of above, below or near normal temperatures and precipitation.

At Indianapolis, the average temperature for the spring season is 52.6 degrees. The average spring season precipitation is 12.42 inches along with 2.8 inches of snowfall, most of which typically falls during March.