DePauw University Theatre will continue its 2014-15 season with an invitation for audiences to visit a zombie-infested Shakespearean world in "Living Dead in Denmark."

The play, written by Qui Nguyen and directed by Andrew Hayes, professor of communication and theatre, opens at 7:30 p.m. Thursday, March 12 in Moore Theatre of DePauw's Green Center for the Performing Arts. 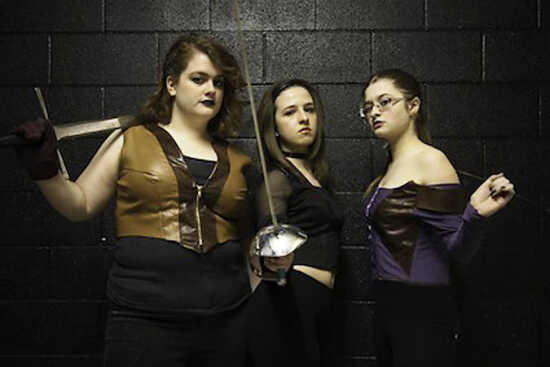 Audiences will enter Shakespeare's world that features characters from "Hamlet," "Romeo and Juliet," "Macbeth "and other plays.

However, "Living Dead in Denmark" is far from any typical Shakespeare production. Nguyen combines Shakespeare with comic-book fantasy, pitting Ophelia, Juliet and Lady Macbeth against an evil Zombie Lord.

The production is not recommended for children under the age of 13.

Tickets for "Living Dead in Denmark" are $3 for students and $6 for adults.