Greencastle's Robe-Ann Park is ready for its close-up, Mr. DeMille.

The city park, the old Putnam County Jail, a couple of spots around the DePauw University campus and perhaps some other locales will provide the backdrop for a DePauw senior's short film, "Handlebars," scheduled to be filmed this weekend, March 14-15. 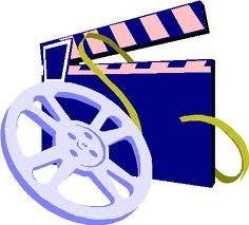 Caleb Haydock, a DePauw media fellow and member of Sigma Chi fraternity, has received permission from the Greencastle Park Board to film scenes of his short 10-minute film at the city park, particularly in and around the Emerald Palace playground.

Haydock assured the board at its March meeting that nothing other than PG-rated activity would be occurring when he commences filming at the park around noon Saturday.

"The film I am shooting this weekend is for my senior capstone project," Haydock told the BannerGraphic, "but it is something I have been trying to do for the last two years. I wrote the script last fall, and started gathering a cast and crew together shortly afterword."

A film studies major, Haydock wants to go into film production after graduation. He also serves as an executive producer for D3TV, the DePauw cable channel.

"I have always loved working on sets and analyzing films," he said, "and I wanted to produce one of my own that accumulated all of my prior experiences."

Besides the park and old jail, he plans to film in one of the lower rooms of the theater department.

"Most of my cast are DePauw-centered," Haydock added, "but I have a lot of crew members coming from Chicago and Cincinnati."

His film focuses on a young man (Abel Jennings) in jail, waiting for his family as he comes to terms with his impending incarceration for murder. When his mother finally visits, the two try to reconnect despite the dire circumstances.

Abel must face his mother for the first time since committing the heinous murder, and must come to terms with the fact his family might not support him as much as he would have hoped.

Like the makers of "Reparation" before him did last summer, Haydock was told he needed to meet with City Attorney Laurie Hardwick to fill out a special release form concerning the filming effort.

The Park Board unanimously approved Haydock's request to use the park property for filming.