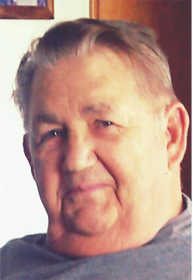 He enjoyed fishing, gardening and spending time with his family and favorite his "Grand Puppy" Paisley.

He was a member of the Cloverdale Church of Christ and VFW 1550, Jesse M. Lee Post, Greencastle, and was a veteran of the United States Army.

He was retired from the Lone Star Cemetery plant at Greencastle.

He was preceded in death by his parents, five sisters and seven brothers.

Funeral services will be conducted at 11 a.m. Wednesday, March 25 at the Whitaker Funeral Home, Cloverdale.

Visitation will be Tuesday, March 24 from 4-8 p.m. at the funeral home.

Interment with military honors will be at the Walnut Chapel Cemetery at Belle Union.