Skyler Hensley: The goal now is just to win 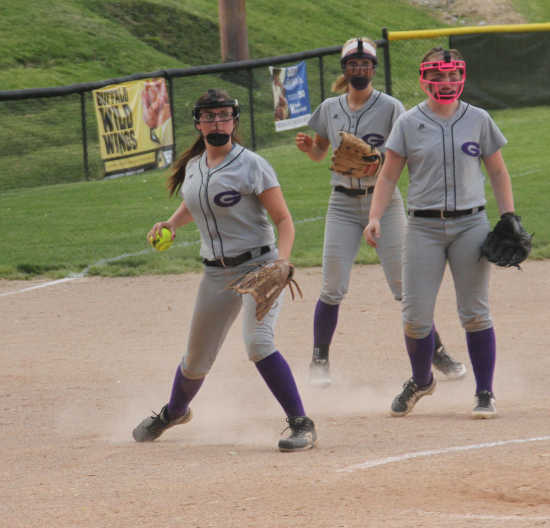 Pitcher Skyler Hensley believes that her Tiger Cubs can get some more confidence if they can earn some more wins before the county tourney. (Banner Graphic/ JAY LOCKETT)

Greencastle's Regan Keller hit her second homer of the year and almost had another in the Greencastle win against Riverton Parke Friday.

"It's was a perfect down the middle type of pitch," Keller said. "It's the pitch I usually get to get home runs. My swing felt so good and so smooth. It was nice."

The Lady Tiger Cubs grabbed the lead early and held on tight, beating the Panthers, 7-4.

After GHS took the lead 3-0 in the first inning, in part to Keller's homer, the Tiger Cubs tacked on another in the second before the Panthers could respond.

The visitors were able to rattle off three runs in the third to make the game close.

"For the past three or four years I think our record has stopped at a low seven wins," Hensley said. "Right now we are at seven wins. I think now our goal, up to the tournament and game-by-game, is just win. We really want to get those wins before we go into the tournament because it will make us more confident."

Greencastle pulled away in the sixth inning when they scored three more runs. Keller almost earned another home run but was robbed at the fence by the Panther centerfielder.

However the seven runs would be enough for GHS to improve its record to 7-8.

"We did things tonight that we haven't been doing and I liked it," GHS coach Dave Keller said. "We tend to leave runners on base. With less than two outs we aren't moving the runners. Tonight they did their jobs. It's encouraging to see them starting to get that."

GHS will have a crucial opportunity to increase its winning percentage against its county rival South Putnam Eagles both Monday and Tuesday.