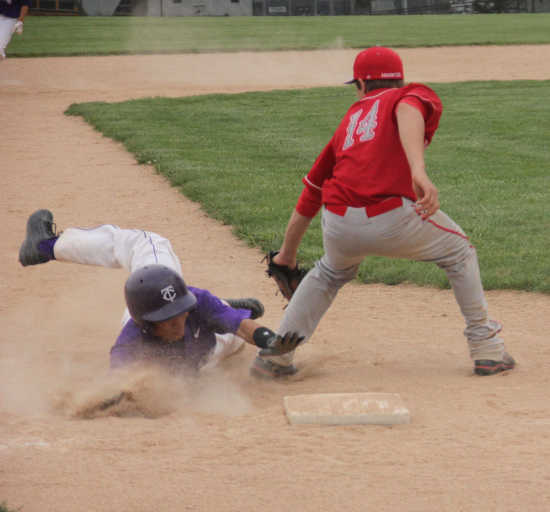 A tough night for Greencastle baseball yielded a win for the home team, as GHS walked away with an 11-10 victory Friday.

Errors throughout allowed both teams a shot a the win but GHS earned some runs late and then was able to hold off Southmont, thanks to Brandon Workman's late-game pitching.

"I think hitting wise we are getting better," GHS coach Troy Remsburg said. "That's something that we've really worked on with these guys, instead of going up and swinging at the first pitch. When it's later in the game and the pitcher is starting to labor, we've finally been able to break them about hitting the first pitch and going deep in the count." 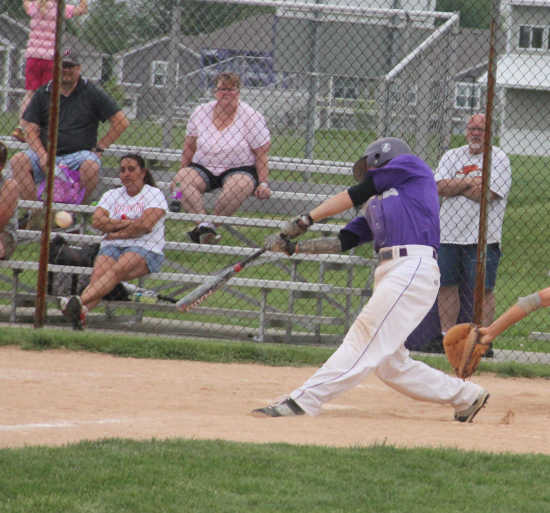 Taking advantage of his opportunities at the plate was Tanner Nicholson. His third-inning single scored two runners and tied 2012 graduate Ryan Battin, for the most triples in a GHS baseball season.

"It feels great," Nicholson said. "I know the guy I tied it with. I was a freshman when he was a senior. I'm friends with him so it's pretty cool. It was a really good feeling when I hit that triple."

Nicholson's triple came during one of Greencastle's two big innings. The first crucial inning was the first. Greencastle scored six runs going through its entire lineup once.

Unfortunately for Greencastle that inning came after Southmont's thee-run first inning and before its five-run second inning.

GHS however battled back and scored one in the bottom of the second and three in the third giving the Tiger Cook 10 to the Monties' eight.

The Tiger Cubs' job was not done. Southmont scored a run in the fifth and put the pressure on GHS.

Greencastle responded with a run and held Southmont to just one more run in the seventh.

Workman came in to relieve Anthony Rossok and Workman forced Southmont into some tough counts that helped his defense.

With county drawing near, GHS is focusing on correcting the little mistakes that can hurt a team during a tournament. "It's really every game," Nicholson said. "We really want to stay with the fundamentals. Stay with the way that we know how to play baseball and we will take care of business like we should."

Remsburg, while happy with the improved batting this week, he would like to see fewer mistakes in the week leading up to County.

"People are now starting to hit the ball. It's been a little bit of a slump," Remsburg said. "We still make some mental mistakes and errors. I know it's part of the game but, we've been preaching to them. If you make a mistake don't make it worse by making a bad throw and end up with two mistakes. Minimize it and be done with it. They are getting better at it."

GHS will have a break this weekend with the Southmont game being played a day early and the Tiger Cubs will next face their Putnam County rival in South Putnam on Monday and Tuesday.