Glenn L. Wiatt, 70, won victory in Jesus and rejoined his parents, Isaac Edward and Cletis Zoe McGaughey Wiatt, in heaven on Saturday, May 16, 2015 after a very short battle with bile duct cancer.

He was loved and will be greatly missed by his wife, Carolyn McKinney Wiatt; two daughters, LeeAnn Williams and husband Clint, and Lynette Hamer and husband Rob, and three grandchildren, Kinsey Williams, Kole Williams, and Jordan Hamer, all who reside in Lafayette. 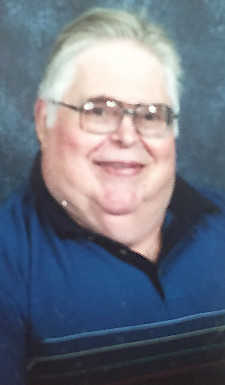 He was a lifelong resident of Montgomery County until five years ago.

He graduated from Waveland High School in 1963, the University of Indianapolis in 1967 and received his Master's Degree from IUPUI at Indianapolis.

Besides his family and love of teaching mathematics, Glenn had a third passion -- farming. Since a little boy, he loved farming alongside his Dad -- planting the seed, watching the crops grow, and combining the harvest. Glenn was also co-owner of Wiatt Seed Service for 35-plus years where he loved talking with his customers.

Funeral services will be at 11 a.m. Thursday, May 21 at Machledt and Servies Funeral Home, Waveland.

Visitation will be on Wednesday evening from 4-8 p.m. at the funeral home.

Burial will be at Oak Hill North Cemetery and Pastor David Culley will officiate.

Memorials may be made in his honor to the Glenn Wiatt Memorial Scholarship Fund at any Tri-County Bank office.

You may visit www.machledtservies.com to leave a condolence for the family.