He was born in Clinton Falls, Putnam County. Earl lived there for the first 13 years of his life. The family then moved to Roachdale and he graduated from Roachdale High School in 1942. 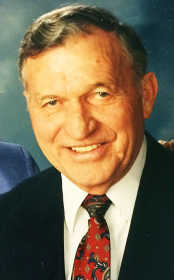 Upon graduation, he joined the United States Coast Guard and spent four years at Cape Hatteras, N.C., at a lifeboat station during World War II.

In 1946 Earl returned to Indiana and attended Purdue University. After college, returned to Roachdale where he was a successful farmer the rest of his life.

He has two sons, Craig C. Miller (Anita) and Kirk L. Miller, both of Roachdale. Also surviving are two granddaughters, Megan Jo Miller of Richmond, Ind., and Bailey Anne Miller of Indianapolis; a sister, Mary Alice Cox of Danville, and many nephews and nieces.

He was preceded in death by his parents; his wife, Joanne; and three brothers, Charles Miller of Bainbridge, Kenneth Miller of Roachdale, and Russell Miller of Crawfordsville.

He was a dedicated family man and especially liked being with his granddaughters. He enjoyed helping others and spending time with friends.

Funeral services will be at 10 a.m. Saturday, May 30 at Roachdale Presbyterian Church, 14 N. Indiana St., Roachdale, with Pastor David Bower officiating. Burial will follow in Roachdale Cemetery with military honors provided by the U.S. Coast Guard and VFW Honor Guard.

Friends may visit with family from 4-8 p.m. Friday, May 29 at the church. Memorial contributions may be made to Roachdale Presbyterian Church. You are invited to visit www.serviesmorgan.com where you may leave an online condolence for the family.