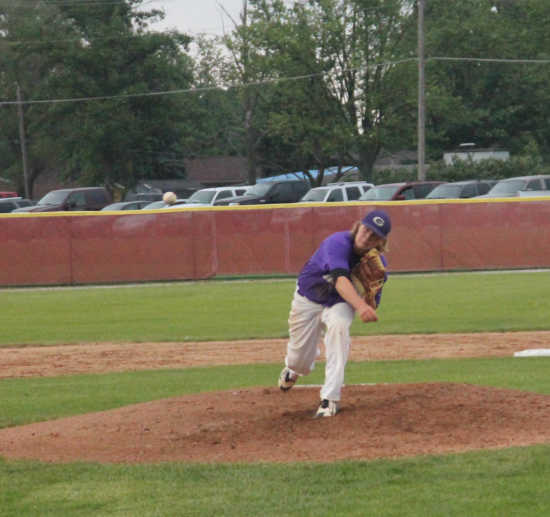 DANVILLE -- In a battle with few offensive plays, errors played a huge part and led to the Tiger Cub baseball team's 3-0 loss at the Danville sectional against the host school Monday.

Pitching played the biggest role in the game and GHS' Trey Scanland held Danville scoreless through the first four innings while the Tiger Cubs struggled at the plate as well.

"Trey pitched a phenomenal game," Tiger Cub coach Troy Remsburg said. "Through five innings he only gave one runs. It was unearned on a passed ball. He pitched phenomenal. Brandon (Workman) came in pitched the last two innings. I think they had two hits but b0th of those runs were on errors."

The GHS defense was the reason the game stayed close. Not many runners made it too far with both the Tiger Cub infield and outfield making the necessary plays to keep Danville out of scoring range.

"Pitching was great and fielding was great until the seventh inning," Remsburg said. "Two teams battling like that. It's an exciting game for whoever is watching except for the coaches."

When GHS fell behind and went up to bat, the Tiger Cubs were as confident as they were at the beginning of the game. Greencastle swung early and often but just couldn't connect they way they wanted.

Remsburg said his senior attitude prevented the Tiger Cubs from letting up even if they were down on the scoreboard.

"They had a never-give-up attitude," Remsburg said. "Tanner (Nicholson's) class was one of those all through. They never gave up. They got down and didn't get discouraged. The younger guys have started playing that way too."

GHS will be glad to know that Remsburg believes his younger classmen have picked up the trait.

"They play the game the right way with basic baseball," Remsburg said. "That's something the seniors always tried to show. All in all they were a fun bunch to coach for four years. They will be missed.

"They talked to the underclassmen telling them to not take your high school career lightly. It'll go by faster than you think."

The GHS coach said his underclassmen make him an optimistic coach for next season.

"They don't get discouraged," Remsburg said. "Baseball is a long game. You've got seven innings to score the run and win the game. They are go-getters. They are fun to be around."