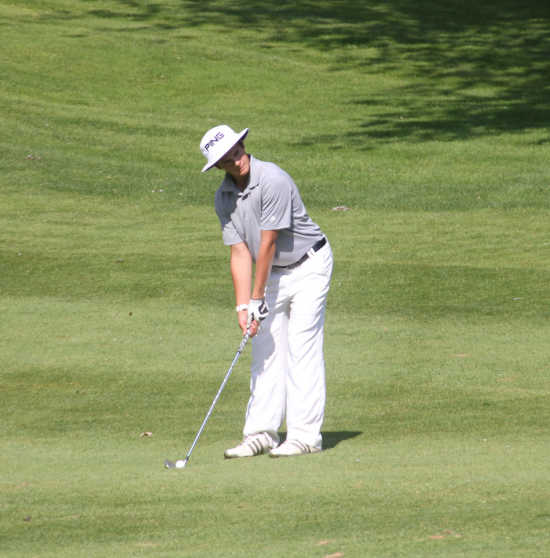 Underneath a beautiful sky at Windy Hill, the Greencastle and South Putnam golf teams played their final match Tus before their sectional at Crawfordsville Friday.

Both teams' scores were a little higher than their expectations, when Greencastle came away with 348 and South Putnam shot 444.

Medaling for Greencastle was Jake Buis with 79 while the Eagle top scorer Tyler Hicks shot a 99. 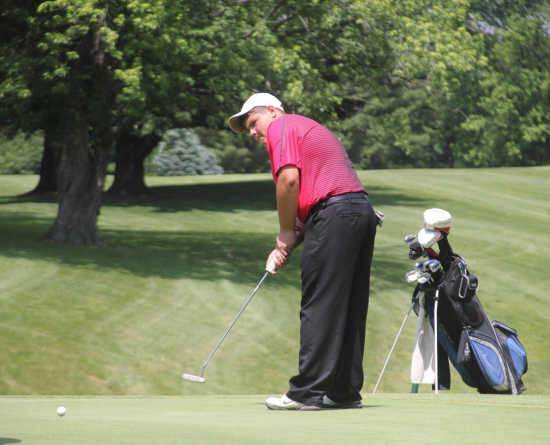 Both teams will be looking for a few improvements before the sectional at Crawfordsville and South Putnam will be putting in a practice round of golf to prepare for what Eagle coach Kevin Metz believes to be a slightly easier course.

"Four of the six boys that placed today have never played here before," Metz said. "I knew the scores would be higher than our home scores would be. Overall I was happy. I saw a lot of good things. We just have to keep on going. Hopefully with our practice round we can lower our scores in preparation for Friday's sectional." 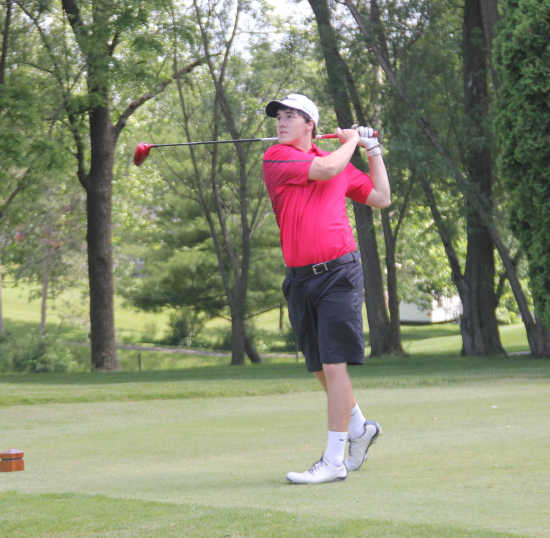 "It all depends on how they play," Paquin said. "If they play well we have a good chance at advancing, whether it be sectional champions or as one of the three teams."

Windy Hill has been called the most difficult course in Putnam County by local golfers and Paquin said the Tiger Cubs struggled with different parts of the course.

"We still struggle with putting and chipping," the Tiger cub coach said. "On the greens it was very difficult because they are very hard and very fast. We have to work on those types of things. It's a completely different course up at Crawfordsville. We're just going to have to putt and chip well up there."

Coach Metz said his Eagle team is progressing nicely through the season and hopes the experience gained will come in handy as his Eagles grow.

"Hopefully the momentum that we've gradually been picking up through the season will continue and with our scores getting lower will carry over to next year," Metz said.