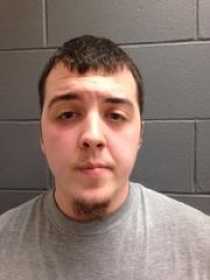 Around 4:30 p.m., Indiana State Police arrested Bradley S. Gutschlag at his Putnam County residence on a Clay County warrant for one count of sexual misconduct with a minor.

He was taken into custody without incident and incarcerated in the Clay County Jail.

The case originated on May 22 when the Indiana Department of Child Services in Putnam County contacted ISP detectives from the Putnamville Post requesting assistance with a sexual misconduct investigation.

During the course of the investigation, detectives were able to develop probable cause that indicated Gutschlag had sexual relations with a 15-year-old female from Clay County on numerous occasions and at various locations in Clay and Putnam counties since February of this year.