As the July 4 holiday nears, the thunder and lightning of personal fireworks increases and local officials and residents alike have taken notice.

In fact, at the recent June Greencastle City Council meeting, Fire Chief Bill Newgent was asked to explain basic state fireworks regulations after a local woman complained of her neighbors' annual abuse of fireworks laws and expressed concern about other peoples' property being damaged in the process.

She said last year the fireworks onslaught began on Thursday afternoon and lasted through the holiday on Sunday. 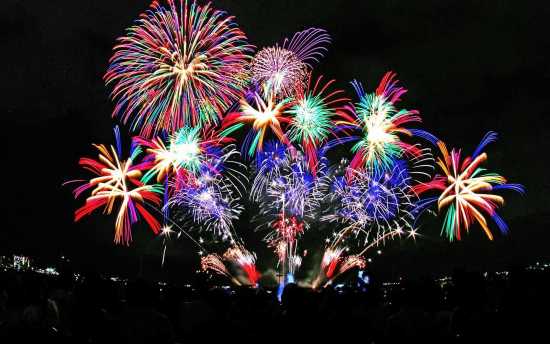 "The law states," Chief Newgent said, "that any fireworks that go up into the air must come down on your property.

"Now that's pretty hard to enforce," he reasoned, "but that's how the state law is written."

Both Newgent and City Attorney Laurie Hardwick urged residents to call 911 and file a complaint about any misuse of fireworks seen or heard in their areas.

Hardwick said not only are state regulations in play but after 10 p.m., the local noise ordinance also is in force.

The problem, of course, is when a resident does make a complaint, more likely than not the offender or offenders are gone by the time authorities arrive, so it is difficult to enforce.

The main thing, city officials pointed out, is to be safe and responsible if you do use fireworks to celebrate the holiday.

The difference between local residents putting on an impromptu private show and the organized community fireworks celebration at Robe-Ann Park -- set for dusk (approximately 10 p.m.) Saturday, July 4 with a July 5 rain date -- is that the park program is a commercial display that has been issued a proper state permit, Chief Newgent noted.

Meanwhile, the Greencastle Fire Department has issued a reminder to Putnam County residents about the dangers of fireworks and what is and isn't allowed for private use in the state of Indiana.

How have Indiana's fireworks laws changed in recent years?

* Only individuals 18 years of age or older may purchase fireworks.

* Anyone under the age of 18 may possess or use a firework only in the presence of an adult.

* Fireworks may be discharged only on your property, the property of someone who has granted permission to discharge firework, or at special discharge locations.

* Fireworks retailers must have a permit from the Indiana state fire marshal to sell consumer fireworks. All firework retail locations must undergo an inspection by either a representative of the Indiana State Fire Marshal or the local fire department

* Penalties are now in place for violation of Indiana's fireworks laws.

* Never let children handle, play with, or light any fireworks.

* Store fireworks in a cool, dry place away from the reach of children.

* Use a clear, open area. Keep audience a safe distance away from the shooting site.

* Safety glasses are recommended for those individuals lighting fireworks or those in close proximity to the fireworks.

* Do not alter any fireworks device or make your own fireworks.

* Only light one firework item at a time.

* Have a fire extinguisher, water supply, hose or bucket of water nearby.

* Be cautious of lighting any fireworks during strong wind conditions and light fireworks with prevailing wind blowing away from the spectators.

* Never aim, point or throw fireworks at another person.

* A person who ignites, discharges or uses consumer fireworks at a site other than: (a) a special discharge location; (b) the property of

the person; or (c) the property of another who has given permission to use the consumer fireworks; commits a Class C infraction that may result in a fine up to $500 per infraction.

− On the second violation within five years, the person commits a Class C misdemeanor, an offense punishable by imprisonment of not more than 60 days and a fine of no more than $500.

* A person less than 18 years of age who possesses or uses a firework when an adult is not present and responsible at the location commits a Class C infraction that may result in a fine of up to $500 per infraction.

− On the second violation within five years, the person commits a delinquent act under IC-31-37.

* A person who recklessly, knowingly or intentionally uses consumer fireworks and the violation causes harm to the property of a person commits a Class A misdemeanor, an offense punishable by imprisonment for up to one year and a fine not to exceed $5,000.

* A person who recklessly, knowingly, or intentionally uses consumer fireworks and the violation results in serious bodily injury to a person commits a Class D felony, an offense punishable by imprisonment from six months to three years and a fine not to exceed $10,000.

* A person who recklessly, knowingly or intentionally uses consumer fireworks and the violation results in the death of a person commits a Class C felony, an offense punishment by imprisonment from two to eight and a fine not to exceed $10,000.

* A person who knowingly or intentionally fails to collect or remit to the State of Indiana the public safety fee due commits a Class D felony, an offense punishable by imprisonment from six months to three years and a fine not to exceed $10,000.