LaRue "Jr" Severe, 67, of Roachdale, passed away at Methodist Hospital in Indianapolis on Monday, June 8, 2015.

LaRue was born in Pana, Ill., to LaRue and Mary Etheridge Severe. 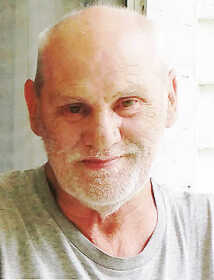 LaRue retired from R.R. Donnelley's after 42 years of service. He was a family man who loved his grandchildren, fishing and classic cars. He proudly served his country in the U.S. Army and was a Vietnam veteran.

Larue was preceded in death by his parents and one brother, Bill.

A memorial service will be conducted at 2 p.m. Friday, June 19 at Servies and Morgan Funeral Home, Roachdale, with Pastor Glen McFarland officiating.

Friends may greet the family one hour before the service on Friday.

In lieu of flowers memorials in LaRue's honor may be made to American Heart Association (Stroke Campaign).

You are invited to visit the website at www.serviesmorgan.com to leave an online condolences for the family.