Barricaded situation in Cloverdale has been defused 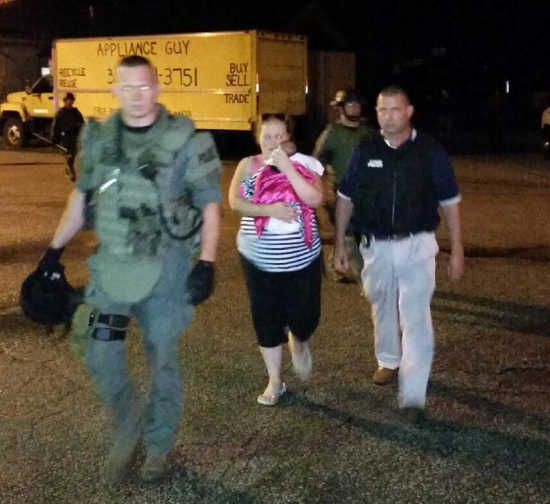 Indiana State Police hostage negotiators spent much of the second half of Thursday and the early morning hours of Friday trying to talk James Kirby out of his Market Street apartment, located in the Appliance Guy store.

The situation started around 2 p.m. Thursday when a Putnam County Department of Child Services investigator attempted to have Kirby and Amanda Patty, 31, comply with a court order regarding their two-week-old daughter. 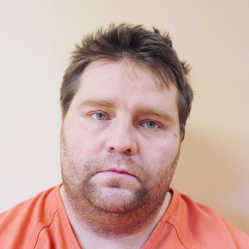 Meanwhile, Kirby barricaded himself and his family in the residence.

The Indiana State Police was contacted to assist with the situation. ISP SWAT and hostage negotiators continued speaking with Kirby until the early morning hours. Indiana State Police Public Information Officer Sgt. Joe Watts said there was open communication between officers and Kirby during the course of the event.

Just before 5 a.m. Friday, Putnam County Sheriff Scott Stockton confirmed the situation had been defused. Two handguns were recovered at the scene.

Kirby was lodged in the Putnam County Jail and charged with resisting law enforcement with a weapon, criminal confinement and neglect of a dependent.

As of Friday afternoon, investigators had not charged Patty in the incident and the information was forwarded to the Putnam County Prosecutor's Office for review.

The infant was transported by Putnam County Operation Life to Putnam County Hospital for evaluation. After the evaluation, the Putnam Circuit Court will determine placement of the infant.

Sgt. Watts said the situation was initially handled as a hostage situation. Because a weapon had allegedly been shown, it was believed Amanda Patty and their daughter were not allowed to leave the home. After a couple of hours on scene, the status was changed to a barricaded situation.

"As we established a communication, we did not have reason to believe she (Patty) was being held against her will, but they were barricaded in the apartment," Watts explained.

Sgt. Watts said it was important for officers and the negotiators to take their time in a situation such as this because all lives matter.

"We had no reason to believe anyone was in severe jeopardy. We just want to make sure everyone was safe," Watts said, noting the concern was for the suspect, his family and all officers involved.

Sheriff Stockton said partnering and cooperating with other agencies made this extremely tense situation result in a positive outcome. He stressed his thanks to the ISP, Cloverdale Fire Department, Operation Life, Greencastle Police Department for the use of their mobile command center, as well as the citizens for their patience through the trying event.