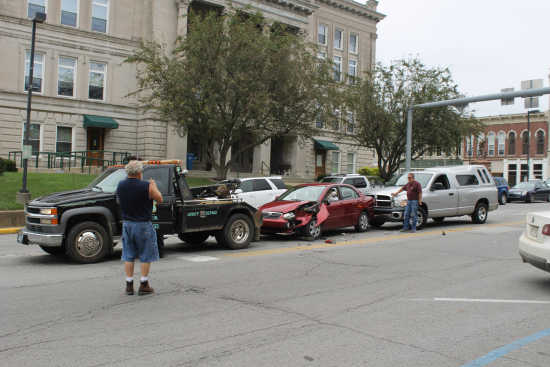 Two passenger vehicles were damaged shortly before 11 a.m. Monday when a semi cut the turn short at Jackson and Washington streets in Greencastle.

Roxane M. Pannell, 72, Coatesville, was stopped in the left turn lane of westbound Washington Street in a 2005 Toyota Corolla.

The semi appeared to have cut the turn too short, with the left front wheel of its trailer clipping the front end of the passenger car.

The impact pushed Pannell's vehicle back into a 2005 Dodge Ram 1500 driven by Michael R. Libka, 63, Greencastle.

The left front of the Toyota was heavily damaged, and it was towed from the scene by Jerry's Wrecker Service. The front bumper of the pickup was bent, but the vehicle was drivable from the scene.

The semi, owned by Curry's Transportation Services of Muscatine, Iowa, sustained minimal damage in the collision

No one was injured. 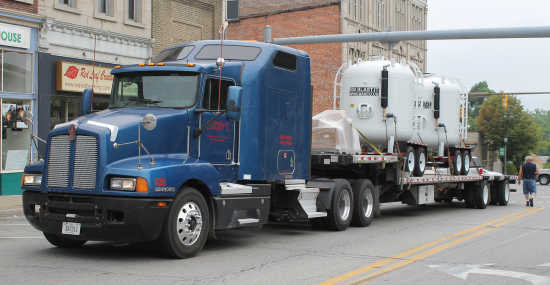 The accident was investigated by Officer Ed Wilson of the Greencastle Police Department, with assistance from GPD Capt. Chris Jones and Assistant Chief Brian Hopkins, as well as Capt. Steve Fenwick of the Putnam County Sheriff's Department.