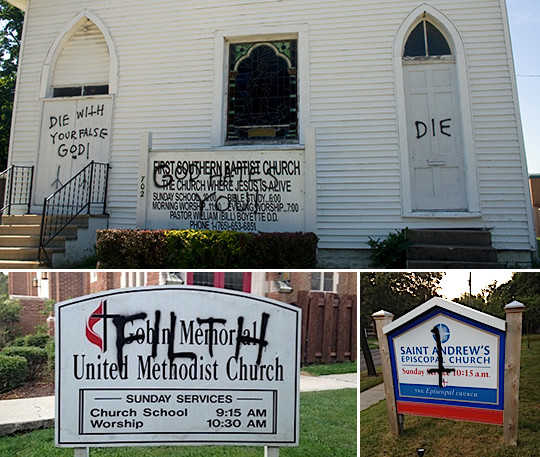 Greencastle Police are continuing to investigate graffiti at three south side churches, the department announced Friday.

The investigation began at 6:43 a.m. Thursday when police received a report that First Southern Baptist Church on Crown Street had been vandalized.

GPD officers have interviewed a person of interest in the case, although no charges had been filed as of Friday morning.

The department continues to work with the Greencastle School Corporation and DePauw University in reviewing video in and around the three churches involved in this incident.

A report will be filed with the Putnam County Prosecutor's Office.

This is an ongoing investigation. Anyone with information regarding the case needs to call the Greencastle Police Department at 653-2925 and ask for Officer Bunten or Detective Collins.