After more than three years, a trio of different defense attorneys and some 10 defense-requested continuances, the sexual misconduct case of a 50-year-old Greencastle man ended Friday afternoon in his conviction on five counts of interaction with two minor girls.

The guilty verdicts were handed down by Judge Denny Bridges at the conclusion of a three-hour bench trial in Putnam Superior Court. 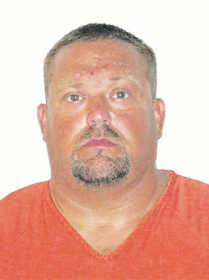 Sentencing was set for 1 p.m. Sept. 15. The maximum penalty Nichols could face is 76 years in prison if all five charges were served consecutively. It is more likely that the Class B felonies (maximum 20 years) and Class C felonies (maximum eight years) each would be served concurrently, cutting that maximum sentence possibility by more than half.

Nichols was accused of having sexual contact with two minor girls who were in his care while working at the ResCare facility known as the Miller Jones Home on Greencastle's south side in late March and early April 2012.

The testimony of the two girls -- age 14 at the time of the incidents and now 17 -- was the focal point of the trial.

The young women were asked to detail how they interacted with Nichols, who was the only ResCare staff member on duty overnight, in separate incidents reported March 30 and April 6, 2012.

Their stories were remarkably similar and their narratives began with Nichols sitting next to them on a couch in a downstairs common room and ended with sexual activity that escalated into intercourse.

Defense attorney Thomas J. Gaunt of Indianapolis, hired to represent Nichols after court-appointed lawyers Trudy Selvia and Scott Adams withdrew from the case, hammered away at the teenagers' testimony, trying to find inconsistencies and holes in their statements.

During his closing arguments, Gaunt suggested the prosecution failed to prove Nichols' guilt beyond a reasonable doubt, saying there were "serious, profound issues with these two young peoples' testimonies."

He charged that the girls' motivation was "to manipulate a lie," adding that his client "doesn't have to prove why. He doesn't know why."

When he testified briefly, Nichols denied having any physical contact with the two girls in question whatsoever.

Prosecutor Timothy Bookwalter, meanwhile, said Nichols preyed upon "highly sexualized girls" who had been victims of past abuse.

The prosecutor stressed how similar their stories were, even though they were separated after the initial incident and had not been together or communicated since then.

He asked Nichols, "Why, why, why" the girls would concoct a lie against him.

The defendant said he "had no idea at all" why the two accusers would lie about his actions.

The initial accuser was removed from ResCare by her father after the incident was revealed, while the second girl, now a ward of the state of Indiana, has been residing at the Gibault facility in Terre Haute.

Neither of their stories was reportedly related to the Department of Child Services or to local authorities until two months later after Nichols had been fired by ResCare and one girl had been removed from the facility, Bookwalter noted.

Drawing on his previous experience as an Indiana State Police trooper and an attorney, Bridges said he has been interviewing victims since 1979 with their numbers totaling in the thousands.

"I can't say I've seen, since 1979, two girls who were more credible witnesses than these two," the judge said, noting their stories mirror one another, even though one of the victims "still doesn't want to see him (Nichols) get in trouble."

In explaining the night of March 30, Nichols said four girls originally wanted to go to the downstairs room at ResCare to have a soft drink and talk. He noted two of the girls as "Cassie" and "Katie," while the two accusers were mentioned only by their last names.

Judge Bridges saw that as another telling indication often signaling as admission of guilt in investigators' eyes.

The judge said the evidence showed no motivation by the young women to get out of the ResCare facility early or to gain financially by suing the facility.

The case went to a bench trial after a series of defense motions were rebuffed, including a 2014 request by Gaunt asking to dismiss the case because of deprivation of a speedy trial. The court denied that motion three days later.

Prosecutor Bookwalter said his office thought it had reached a plea agreement three separate times over the three-year life of the case only to have them each turned down and another continuance requested by the defense.

Bookwalter said to his knowledge the state never initiated any of the case's numerous continuance requests.

Even after Gaunt joined the case and tried to get it dismissed, he filed for two more continuances (April 2014 and February 2015) before it moved from jury trial to the bench trial that unfolded Friday.