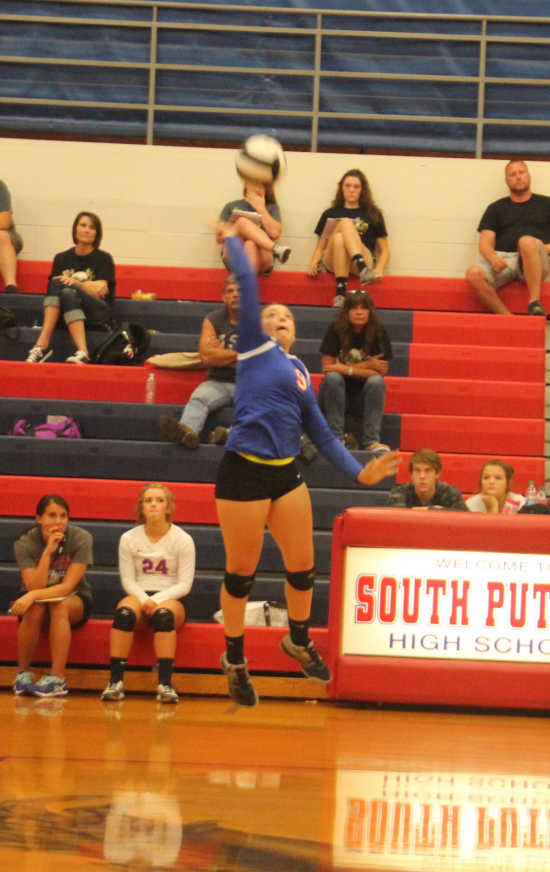 Lillie Stein of South Putnam tips the ball to the other side of the net during the Eagle Invite. (Banner Graphic/JAY LOCKETT)

It was a busy day for WIC volleyball teams Saturday as Cloverdale, South Putnam and North Putnam were all active this weekend.

The Cloverdale volleyball ball team invited two WIC rivals to the court Saturday as the three teams took part in a day of volleyball.

Cloverdale took on Edgewood first and fell in four games. 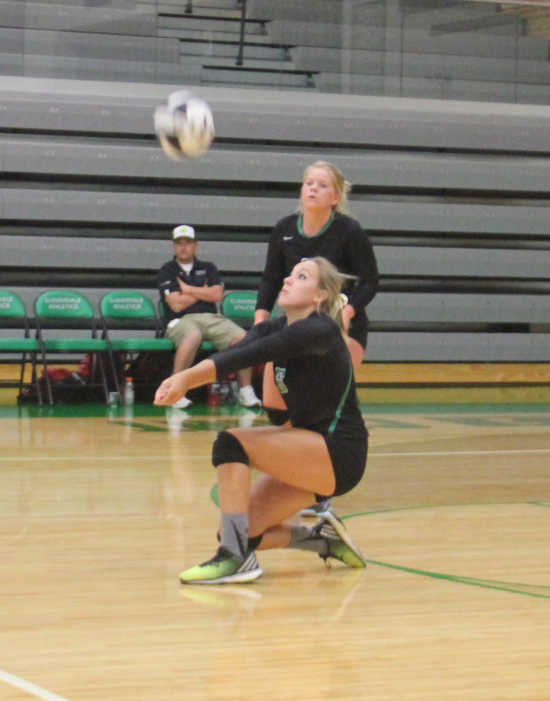 Lindsey Davis digs a ball for Cloverdale in the game against Edgewood Saturday. (Banner Graphic/JAY LOCKETT)

I see a little bit more improvement with each match," CHS coach Kathy Moore said. "I'm seeing some good things. There are some execution things that we need to work out, like picking up on the small things in matches; who covers where. That sort of thing."

CHS earned the win in the second game 25-17 but were unable to complete the comeback in the fourth and final game, losing 25-23.

Moore has stressed consistency to her team this young season as Cloverdale has had a tough time earning wins. She said players are working together to help each other find their places on the Clover team. 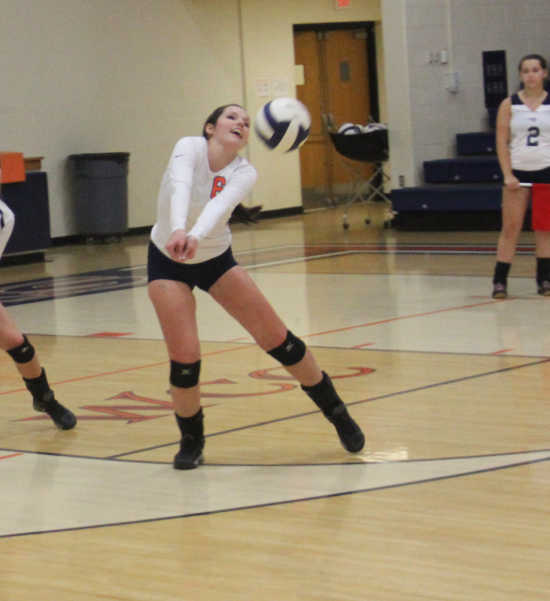 North Putnam's Haley Abdon passes to a teammate in a game against Tri-Weest earlier this season. (Banner Graphic/JAY LOCKETT)

Cloverdale's players also played tough against Brown County but were unable to come away with the win. The Clovers were competitive in each game losing 25-22, 25-17 and 25-22.

Moore said that one of the main things to work on is communication.

"It's always a point of emphasis," Moore said. "Communication is everything in volleyball because you have a small court. If you don't have it things don't go well."

South Putnam played host to several schools at the Eagle invitational but did not fare well, as North Central earned the top place going undefeated in the Tournament.

No other reults were available from the Eagle Invite at the time of press.

North Putnam was able to earn its first volleyball win against Mooresville, winning in two games.

In the first game North Putnam took the close one 25-23 and then followed that win with a 25-18 win. The victory puts the Lady Cougars at 1-2 in the season with its next match at Tri-West on Tuesday.