What the WT-5 is going on here? 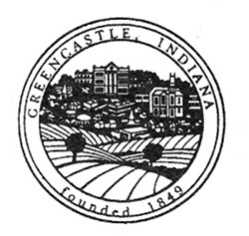 While WT-5 might resemble some obnoxious texting shorthand, what it really stands for has been a rude awakenig that's making city officials swear to themselves the past few months. It's like a big, fat paradoxical Catch-22 facing the City of Greencastle.

A WT-5 is a level 5 licensed water treatment plant operator. The City of Greencastle employs one -- Water and Wastewater Department Superintendent Rob Lovell -- but needs five.

The WT-5 issue resurfaced at the Greencastle Board of Works meeting last week when it was revealed that additional licensed operators must be hired by Dec. 31 in order to comply with the necessary WT-5 edict and everything else involved in the city's agreed order with the Indiana Department of Environmental Management (IDEM), which enforces EPA regulations and the unfunded mandates therein.

And at this point, such hirings don't seem likely due to salary issues that might deter licensed operators from locating in Greencastle when they could make more money working elsewhere.

The qualifications for a WT-5 are stringent as well. In order to even take the test to quality, a person must hold an operator's license per se and have been employed at a water treatment plant for three years.

Testing only comes around twice a year and the exam has been so difficult to pass that those who do achieve that are in such demand they generally end up with higher-paying private-sector jobs or in cities like Carmel and Columbus that can afford to pay larger salaries.

So Greencastle finds itself in quite a quandary.

"I wish there was an easy answer," Mayor Murray said, exasperated at being unable to making any inroads on solving the dilemma over the past several months.

Desperate times, of course, often call for desperate measures. And that is what's happening.

As one Hail Mary of sorts, the city is sending letters to all WT-5 licensed operators within an hour's drive of Greencastle, Mayor Murray told the Banner Graphic. That list includes some 70 already licensed operators, including at least one who resides in Spencer.

Another step that city officials don't want to have to take is the possibility of turning over water-plant operations to a private, for-profit enterprise that could afford to pay the necessary WT-5 operators.

In fact, requests for proposals are to be sent out by the city this week seeking candidates interested in running the plant if the issue comes to that.

"We're trying to go down every road we can," Mayor Murray said, adding that "there are not a lot of firms out there to send it (a request for proposals) to."

One possibility, the mayor told the Banner Graphic, would be to try that private-firm avenue on a three-year contract, hoping that either more WT-5 operators would become available, additional city employees might qualify for such licensing or changes occur at the state level to reduce what has become an obstacle for Greencastle and cities of like size around the state.

At the August City Council meeting, Lovell advised that absolutely no qualified applicants had applied for the WT-5 positions advertised by the city. One person had contacted Lovell but he was not qualified in Indiana.

"I have made several calls to talk to some of the operators that I know personally," Lovell said in a letter he prepared for Board of Works members. "With each one it was the same, the salary range the City of Greencastle is offering ($1,692 biweekly entry level to $2,153 biweekly maximum) was not enough to encourage them to leave their current positions."

Earlier in the year, the city did have one employee pass the test but he immediately resigned from city employment and accepted a private-sector position with a significant pay increase.

Lovell's letter also addressed the possibility of the water utility being operated by an outside company.

"If this occurs, the City of Greencastle will lose total control of utility rates and customer service," he suggested.

But the other side of that coin is lack of availability of such WT-5 operators.

"We've advertised, we've raised our salaries," City Council President Adam Cohen said during the recent Council meeting, stumped at what else can be done if there are not any viable candidates to fill the required positions.

"We already know there's not a lot of WT-5s out there," the mayor responded.

Councilman Cohen played devil's advocate, asking what happens if the city is not in compliance by Jan. 1.

"They're not going to shut the water off," he assured.

However, the city would be in violation of the agreed order with IDEM, City Attorney Laurie Hardwick said, noting that daily fines would almost certainly result from such inaction.

"We need to show good faith," she said.