With a jobless figure basically just a tick or two above that of the state's rate, Putnam County finds itself in a rather unique position. 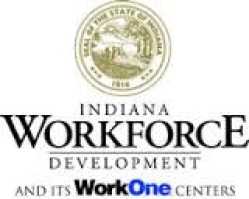 The county's 5.0 percent jobless figure for July is near the bottom third of state unemployment rankings yet stands as the best mark within the west-central Indiana area.

At 5.0 percent, Putnam County ranks 60th overall -- or 33rd worst if you prefer the glass half-empty approach -- among the state's 92 counties.

Among contiguous counties to the east and north, Hendricks is the best, as usual, with a 3.8 percent unemployment rate, good for a tie for sixth best in the state. Montgomery, at 4.1, is tied for 26th, while Morgan is tied for 39th at 4.4 percent.

Owen was the worst off in the area for July at 6.1 percent, falling to ninth worst in the state, while Parke (5.4) was tied for 18th worst and Clay (5.3) was 22nd from the bottom overall.

The July figure marks the first time in more than seven years that Indiana's unemployment has dipped below 5 percent. Just a year ago, Hoosier unemployment was at 5.8 percent. Nationwide, unemployment is at 5.3 percent.

The Hoosier state now finally has as many private sector jobs as it did 15 years ago though the state has since grown in population by roughly the size of a major city (500,000). The previous peak had been in March 2000.

"Every Hoosier should be encouraged by the news that we have more people going to work than ever before in our state's history," Gov. Mike Pence said. "This achievement belongs to the hardworking people of Indiana and to the businesses large and small, whose hard work and ingenuity achieved this historic milestone."

In July, the state gained 6,100 jobs in professional and business services, and another 4,400 in private education and health services.

"Private sector employment in Indiana surpassed all previous historical benchmarks in July, in addition to the unemployment rate dropping to 4.7 percent, its lowest point since November of 2007," Steven Braun, Indiana Department of Workforce Development commissioner, said.

"Data indicates the majority of Hoosier jobs grown since the low point of employment have been above average-wage positions, with the Hoosier State continuing to lead the Midwest in labor force growth, and total private sector job growth consistently ranking near the top in the nation."

Unemployment insurance claims also continue to decline, Braun said, and are now at their lowest levels since 1999.