In hopes of preserving its historic local cabin, the Washburn Chapter National Society Daughters of the American Revolution (NSDAR) is turning to the community for help.

The chapter-owned log cabin in Robe-Ann Park is in need of a new wooden shake-shingle roof and repair or replacement of its porches, as well as the porch on the smokehouse. 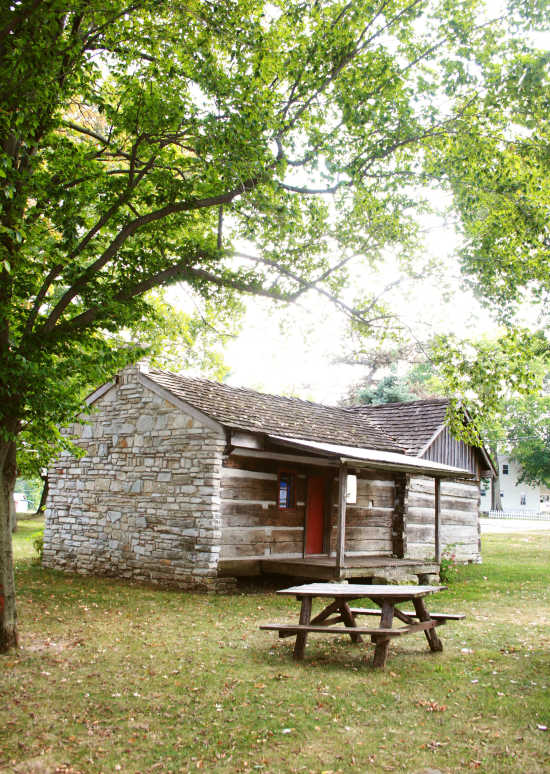 Estimates for this work are in the neighborhood of $10,000. With the DAR chapter having just spent $1,450 last year to replace a log on the south side of the cabin, the available funds are nowhere near sufficient for this project.

A piece of Putnam County history, the cabin evolved from an original small cabin was constructed in 1858 in Roachdale donated to the chapter by William Lovett.

The logs from the Lovett cabin would not build a complete room, so more logs were obtained from Alfred Grimes. These logs had been in one of the oldest cabins in the area. It stood on the Old National Trail, now U.S. 40. It is believed that the cabin was built by Stephen Paris. A larger two-story, four-room cabin was built in 1830 near Belle Union and was donated by Frank Vaughn.

When the cabins were donated to Washburn Chapter NSDAR, they were moved to Robe-Ann Park during the winter of 1937-38. The work on the cabin was completed July 28, 1938 and the dedication was held Sept. 18, 1938.

The chapter was able to secure enough artifacts to display life in frontier Indiana during the 1840s. Many of the local families had these items in their possession and were motivated to share their treasures for the good of the community.

In 1994, the larger cabin became infested with powder post beetles that were eating their way through the cabin. Since the bugs had pretty much eaten the big cabin, everything had to come down, the logs sorted and rebuilt into the single, two-room cabin that stands at Robe-Ann Park today. The smokehouse was constructed with leftover wood.

The cabin is open to the public on Sunday afternoons during the summer. Private tours are scheduled by appointment for school children and other groups.

The DAR Log Cabin has established a living museum to demonstrate the hardships of our ancestors as they settled in frontier Indiana. Washburn Chapter members believe that maintaining the cabin is necessary in order to preserve a piece of Putnam County pioneer history and to provide an educational opportunity for many generations to come. They are asking for residents' help in order to continue to serve the Putnam County area.

Tax-deductible donations may be taken or mailed to the Save the Cabin Fund at First National Bank, 1140 Indianapolis Rd., Greencastle, IN 46135.

Checks should be made payable to Daughters of the American Revolution. In the memo section, donors should write Save the Cabin Fund.