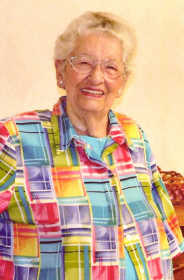 She was born on Aug. 8, 1932 in Hendricks County to Marshall K Douglass and Naomi Franklin Douglass.

Alicia was a 1949 graduate of Clayton High School.

Alicia married her husband, Keith Shinn in 1953, where she then started working at the DePauw University as an office assistant.

A few years later she went to work for Castle Craft Jewelry until it closed; this then led her to work for the city of Greencastle, at the Water and Sewage Department, from which she retired.

Alicia was involved in her community as well. She was a member of the Ladies Elks Club of Greencastle, a member of the VFW Post 5446, an active member of Eastern Star and Tri-Kappa Sorority.

She was preceded in death by her parents and her husband, Keith. Alicia is survived by two children, Vicki Banks and husband, Skip, Terre Haute, and Tim Shinn and wife, Kim of Greencastle.

Alicia has three grandchildren, Rashell Harcourt and husband, Chris of Fillmore, Robin Banks of Terre Haute, and Nick Shinn and wife, Heather of Nunam, Galif. Her pride and joy were her three great-grandchildren, Ethan, Kolby were Chase Harcourt.

Memorial services will be conducted at the Bittles and Hurt Funeral Home on Tuesday, Dec. 22 at 1 p.m. with graveside services to follow at Forest Hill Cemetery.

The family will receive friends from 11 a.m. until time of service on Tuesday at the funeral home.

Memorial contributions may be made in memory to the Humane Society of Putnam County.

Condolences and expressions of sympathy made be shared with the c/o www.BittlesandHurt.com.