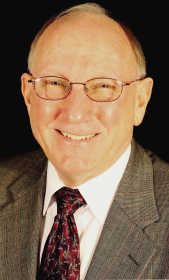 Wayne Schuetter, who taught social studies at South Putnam High School for 32 years before retiring in 2006, has fallen one vote shy of being elected the mayor of Jasper.

That was the result of a recount conducted in Jasper this week after the Nov. 3 election between incumbent Republican Terry Seitz and Schuetter, the Democratic rival, ended in a tie.

On Friday, an election panel, which had found four questionable votes, threw out one ballot -- a vote that had been cast for Schuetter.

That action snapped the 1,856-vote Jasper tie, effectively re-electing Seitz who had officially asked for the recount rather than letting the Jasper City Council decide the outcome.

Jasper City Attorney Renee Kabrick said the absentee ballot was tossed out because it lacked a signature.

Indiana law required the recount to be completed by Dec. 20. Had the results remained tied, the City Council would have voted on whether Seitz or Schuetter would preside over the city of 15,000 people.

"It's unreal," the 65-year-old Schuetter told the Banner Graphic via phone from his Dubois County home the day after the election ended in a deadheat.

Schuetter, who coached SPHS football for six years (1976-81) and Eagle boys' track for 17, said that as a former social studies teacher, the situation was "as fascinating as all get-out."

"If this isn't a teachable moment for a social studies teacher, I don't know what is. One vote is all it takes, and we're an example of that."

Schuetter and his artist wife Myra moved back to Jasper in 1994 when family issues required their day-to-day attention back home.

Had the tie vote gone to the Jasper Council, it seemed likely a favorable turn of events for Schuetter since it has a 4-3 Democrat majority.