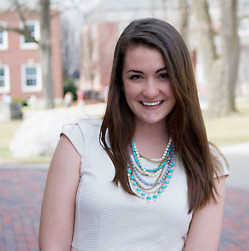 WASHINGTON -- DePauw University paying a stipend for one of its students to intern for a presidential campaign is not an illegal campaing contribution, the Federal Election Commission ruled Thursday.

DePauw sophomore Victoria Houghtalen convinced four of the the six members of the commission -- three Republicans and one Democrat -- that the $3,000 grant for living expenses from her university for the eight weeks she interned with Hillary Clinton's presidential campaign was a "bona fide" education experience rather than compensation for campaign work.

Corporations, including non-profit organizations, are prohibited from contributing to a federal candidate.

However, Houghtalen gained sympathy with the commissioners through a letter she wrote explaining she is only able to attend DePauw through academic scholarships.

She added that she did not have the additional $5,000 for travel or living expenses for eight weeks spent in Brooklyn in the summer of 2015.

Applying through DePauw's Hubbard Center Summer Internship Program, Houghtalen was seeking funds available to all DePauw students, regardless of the work being performed.

The university's stipulation is that the internships have educational benefit and that the stipends do not compensate them for all hours worked.

"Allowing Ms. Houghtalen to accept the stipend simply puts her on even footing with fellow students engaging in internships with organizations other than political committees," the majority opinion stated.

The larger question commissioners struggled with -- particulary the two dissenting members -- is how broad the decision should be.

But for Houghtalen, the immediate reality is she will be paid the $3,000 to help cover her expenses last summer.

Her application projected a summer subsistence budget of $4,735, meaning the limits of the program left nearly $2,000 to pay, even with the Hubbard grant.