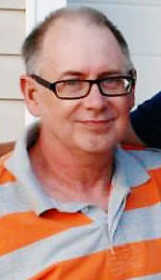 Rob was born Oct. 13, 1957 in Indianapolis, to the late Robert and Martha Crist.

He was a 1976 graduate of North Putnam High School, and was a highly skilled welder at Floating Docks Manufacturing of Indianapolis.

He greatly enjoyed racing and together with his friend, Stan Crum built and raced a 1967 Ford Mustang, which although involved in several crashes, as a testament to his skill never suffered a welding failure.

Rob is survived by his loving wife of over 30 years, Judy (Miller) Crist; children, Heather and Jonathan (wife Amanda) Crist and grandchildren, Hailey and Emmy Holt.

Funeral services will be held at 10 a.m. on Wednesday, May 4 in the Hopkins-Rector Funeral Home. Interment will follow in Forest Hill Cemetery.

The family will receive friends from 4-7 p.m. on Tuesday, May 3 at the funeral home.

Memorial contributions may be in memory to the American Cancer Society.

Condolences and memories may be shared with the family by visiting www.Hopkins-Rector.com.