The Greencastle Defenders of Liberty will feature two candidates running for state offices in the November election when the group meets Monday, Aug. 8. 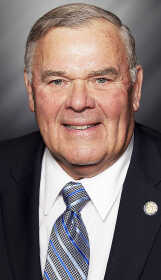 The meeting will begin at 6:30 p.m. Monday at the Dixie Chopper Business Center at the Putnam County Airport, 102 Ballard Lane, Greencastle.

A lifelong resident of District 44, Baird is a Vietnam veteran, and small business owner for more than three decades. He has served in numerous capacities with several civic/community organizations.

Baird earned B.S. and M.S. degrees from Purdue University and PhD degree from the University of Kentucky dealing with various aspects of agriculture. Employment as a Cooperative Extension Service agent gave him leadership, people and public relations skills which prepared him to be a director of a major program section of a multi-state corporation. A county commissioner position afforded Baird his first venture into the political scene. 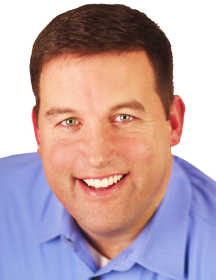 Crane, a lifelong Hoosier, has resided with his wife and four children in Hendricks County since 2002. He is the founder and CEO of the Sagamore Leadership Initiative Inc., a development organization based in Indianapolis, which seeks to "equip next generation leaders to influence the culture for the good."

An educator, Crane speaks and teaches on university campuses, on TV and radio programs, in churches and at other venues across the country and around the world. He is currently program director for the Hoosier Leadership Series whose mission is "educating Indiana leaders on policy and culture" through the Indiana Family Institute and is a member of the board of directors of IFI.

A graduate of Taylor University, Crane received his M.A. in communications and culture from Trinity International University. He wrote a weekly newspaper column for several years and is on a number of blogs, including the Issachar Movement, an educational initiative dedicated to helping people understand our times and know what to do.

Saying he saw a need for conservative leadership at the Statehouse, Crane ran in the primary election for the District 24 state senate seat, which includes most of Putnam and Hendricks counties. He won the election, defeating incumbent Pete Miller, and will be on the ballot in November.

The Greencastle Defenders of Liberty invites area residents to attend this meeting to find out more about the candidates.

The organization has been meeting on the second Monday of every month for almost seven years, hosting speakers with expertise on various subject matter.