Joseph Knauer, 60, of Carbon, passed away Friday, Dec. 2, 2016 at his home with his family by his side after a courageous battle with cancer. 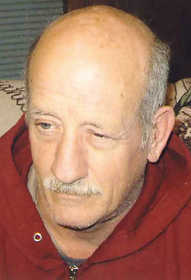 He graduated from Greencastle High School in 1974.

Following high school, Jay enlisted with the United States Navy where he traveled the world as an arsenal officer. He earned the rank of master chief before his honorable retirement after 20 years of service.

Once returning home, Jay worked at Putnamville Correctional Facility for 12 years, Walmart Distribution Center in Greencastle for six years, and most recently for Chiyoda until his health started declining.

Jay met his wife, Darlene (Frazier) Metz while working at Putnamville Correctional Facility. They became friends instantly and were married on April 15, 2005.

Jay loved to work and working in yard, but his greatest joy was spending time with his wife and family.

He was preceded in death by his father, Felix Knauer; brothers James and Charles Knauer; and stepson John Metz.

A memorial service will be at 7 p.m. Monday, Dec. 12 at Lawson-Miller Chapel, Brazil, with the Navy chaplain officiating. Visitation will be Monday from 4 p.m. until time of the service at the funeral home.

Visit www.lawson-millerchapel.com to leave a note of condolence.