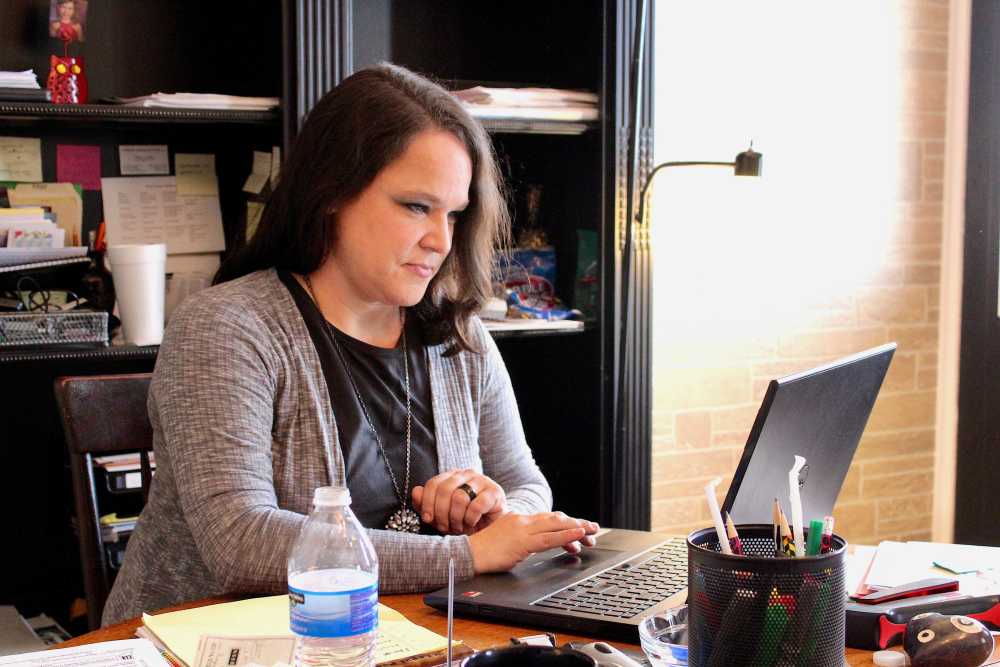 BAINBRIDGE -- Born and raised within the North Putnam School District, Roachdale native Amber Greene is now set to lead the corporation’s seven-member board into the new year.

Having been elected to the board in November, Greene’s four-year term began with a bang Wednesday as she attended her first public session as a member of the council.

Not only was it already a special day, but within 15 minutes of the meeting she was elected president of the board, replacing John Hays at the position.

“My birthday was the same day as the school board meeting, so it was an eventful day,” Greene said Friday during an interview with the Banner Graphic. “(And) being elected board president gave me the confidence I needed to know that I can now start moving forward.”

Greene went on to describe the moment she was elected president.

“When we changed chairs and I sat down, I thought to myself, ‘Well, this is real, here we go,’” she said. “It felt good to be sitting there knowing that my heart is in the right place and that I’m going to try to do what’s right and move things forward.

Replacing Jill Summerlot on the board as the representative for Franklin Township, Greene promises to bring a new perspective to the group.

“I’m just so excited,” Greene said. “I’m ready to move forward and start making changes -- I don’t like to just sit around and talk about things -- I want things to happen.”

Greene, herself an accomplished real estate broker and attorney, currently owns Greene Realty and Greene Legal in Roachdale and, alongside husband Kevin, makes the eighth member of her household.

“Kevin and I have six kids who range in age from 10 to 20,” Greene said. “Three of them are actually in the school system at Roachdale Elementary, North Putnam Middle School and North Putnam High School.

“With our kids being in the school system, I felt like I had a responsibility to step up and try to make things as good as they can be,” Greene explained. “People have asked, ‘So what’s your agenda?’ -- that would be my agenda: I have kids in school and I want it to be the best school system it can be for the teachers and the kids. I don’t have any agenda other than that.”

Greene is a 1996 graduate of DePauw University and a 2000 graduate of Indiana University Law School. She is also a member of the Roachdale Christian Church where her husband serves as a deacon, and her children are involved in many youth activities around the area, i.e. youth basketball and FFA.

She also hopes to participate in 4-H activities over the summer, herself coming from a farming family, citing a desire for her children to be raised in the same respect.

“I grew up in a farm family ... in the Roachdale area,” Greene said, going on to describe her recent experiences. “I’ve been back now for about three years. I’ve lived in Fishers, Lawrence and Indianapolis, but when my kids started going to school, I realized I did not want to be in the city anymore and that I wanted to come back here.

“The schools were too big and too impersonal,” Greene added. “And I wanted to get moved back here so we could get our kids in a small-town school system.”

As Greene moves forward with her new role and challenges, she is cognizant of the fact that she is back in her home community, hoping to make a difference.

“I think goal facing the current school board is moving the building project forward -- we have to provide good, comfortable facilities at the high school if we want the kids to do well and if we want the teachers to feel appreciated,” Greene said. “I sat through these meetings for about a year, where things just got discussed and tabled until the next meeting. Action has to start.

“I’m just glad to be back,” Greene added. “People don’t realize what a gift we have here in Putnam County and a smaller school system.”