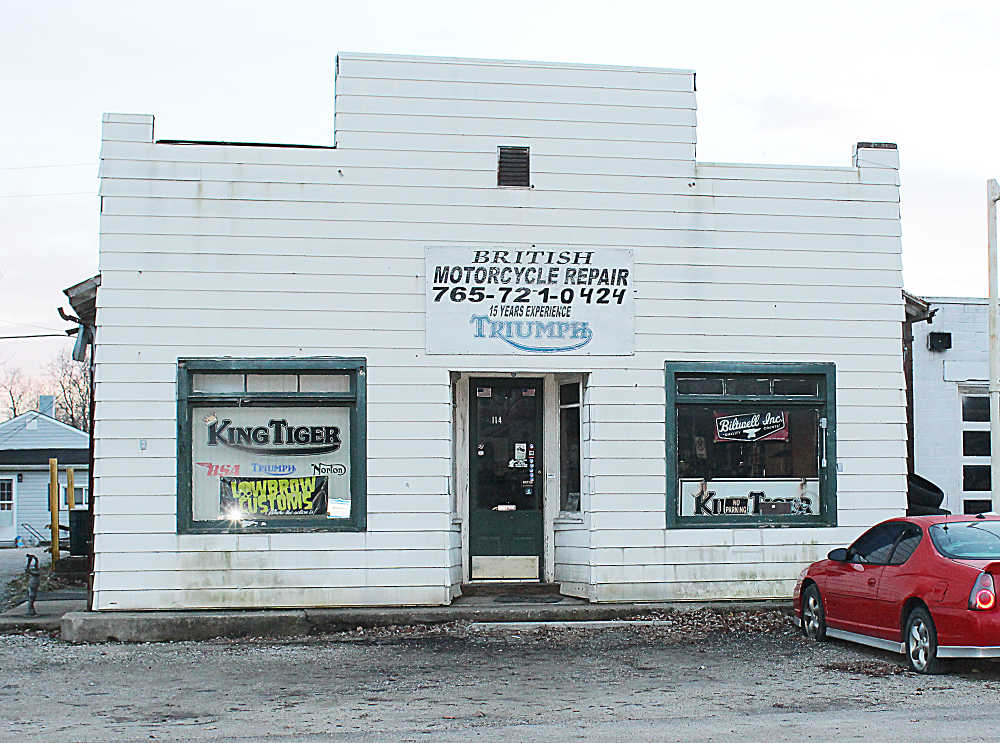 King Tiger Motorcycle Repair in Bainbridge was the site of an early-morning shooting on Sunday. A man remains hospitalized in Methodist Hospital, Indianapolis.
Banner Graphic/JARED JERNAGAN

The investigation was ongoing as of Sunday afternoon, and PCSD Det. Sgt. Pat McFadden said few details — including names of either man — would be available until an interview was completed with the gunshot victim.

The man who was shot was transported to Methodist Hospital in Indianapolis, where he underwent at least one surgery.

As such, an interview with the victim will not be conducted until at least Monday.

A previous online version of this story incorrectly reported that the shooter was in custody. Authorities spoke to the man at the scene, but no arrest was made.

McFadden said it remains unclear if there was an argument that preceded the shooting or if it simply began as a case of trespassing.

The detective reported that a physical investigation of the scene was complete as of early Sunday afternoon.