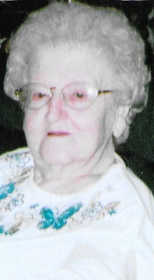 Wilma was a member of the Amity Baptist Church in Cloverdale.

She was preceded in death by her parents, husband and brother Robert Clearwater.

Family and friends may call from 11 a.m. until the service time Monday.

Condolences can be sent to the family at cds@whitakerfuneralhome.net.