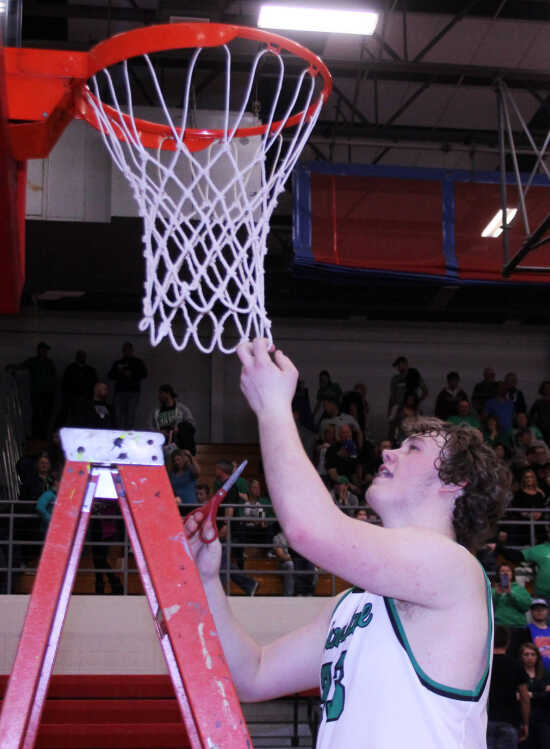 CLOVERDALE — Being overlooked as the “other” half of your basketball team’s two-person senior class is understandable when the other one is the seventh-leading scorer in state history.

While Butler-bound Cooper Neese draws the headlines and heads toward the 2,500-point mark in career scoring, Cloverdale’s Seth Pfaff is happy doing the dirty work down low.

“I’ve played with Cooper for a long time, and my role has always kind of been this way,” he said, referring to being a post defender and screen setter who only averages a shade over three shot attempts per game. “I’m OK with that. In the games I set a lot of screens, and getting them open and getting them shots is important to me, too.

Facing high expectations and getting every opponent’s best shot as a marked team, the Clovers struggled to a 2-4 record through the first few weeks of the season.

Since then, the team has gone 19-2 after solving some of its issues.

“At the beginning of the year, everything wasn’t clicking,” Pfaff said. “Now that we are down towards the end everybody knows where their role is. That has helped us to get a lot of these wins, and I’m just glad we’re playing on Saturday.”

Pfaff averages 3.6 points and 3.2 rebounds per game. He can step out and hit a 3-pointer, as he has done five times this season.

“I shoot a lot in practice to get ready if they need me to score,” Pfaff said. “I’m not someone who’s going to force up something that’s done or a bad shot.”

“I remember that we hung in there and it was a tough battle in the first half,” he said. “We had trouble with turnovers, and we kind of shied away from the moment and fell apart in the second half.”

In last year’s game, Northeastern led 27-20 after one quarter and a fast-paced second period saw 54 points get put on the board between the teams — with the Knights holding a 56-45 halftime lead.

Northeastern dominated the third period by a 22-7 margin to break the game open for good.

“I don’t think that will happen this year,” he said. “Going back and playing the same team, I think we’ll be ready for them and play a lot better.”

Northeastern senior Tyler Smith had 41 points in last year’s game, and Pfaff knows he will have a big role defensively despite not guarding Smith one-on-one.

“He is a really great driver to the basket,” Pfaff said. “He can finish really well at the rim. Coaches have been working hard with us this week on helping the helper, and boxing out and boxing them out and not letting them get second shots.

“He has gotten better all year long and he was really active in the sectional,” he said. “He played the sectional like he didn’t want his career to end.”