He was born on Feb. 19, 1931 to John Henry Rulfs II and Dorothy Estel (Woodall) Rulfs at the home of his aunt, Lola Schumacher, in Woodlawn, Ohio. 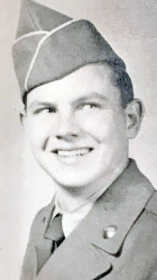 After school, he enlisted in the Army and was stationed at Fort Breckenridge in Kentucky before serving as a tank mechanic on the Army base in Fairbanks, Alaska.

He had worked as a mechanic for Ford, farmed, operated his own well-drilling service, and worked for Schwerman Trucking Co. He retired from Schwerman where he had served as dispatcher and hauled dry bulk cement, driving more than one million miles. He was one of the first individuals to drive on the newly opened I-465 in Indianapolis after he had hauled a load of cement to that job site.

In his spare time, he loved having a project or two in the works, and being the handyman he was, could make and fix most anything.

He loved and enjoyed spending time with his family and watching NASCAR, especially when the Fords were beating the Toyotas. He had a great respect and honor for people who kept their word.

Family and friends are welcome to attend graveside services at 11 a.m. Wednesday, March 22, at Bainbridge Cemetery.

Arrangements have been entrusted to Hopkins-Rector Funeral Home, Greencastle, and thoughts and condolences may be shared with the family by visiting www.Hop