Legislators: Base gas tax on those who use roads, pay for the roads 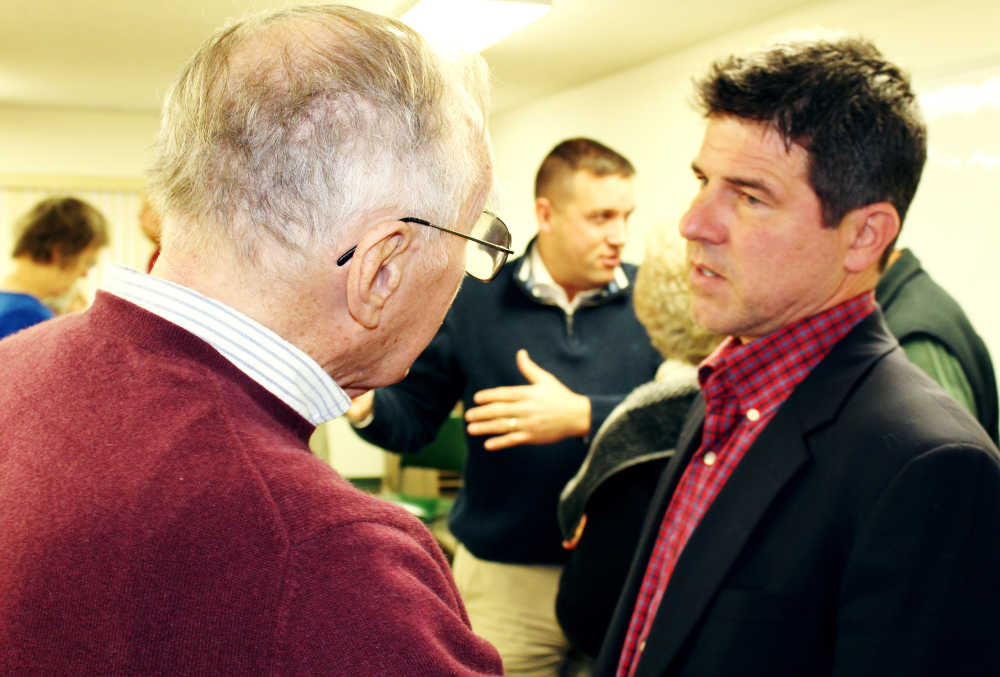 In a sense, Hoosier drivers can see the disrepair and feel the need for road work as they thump along over deteriorating Indiana highways. But that doesn’t mean that House Bill 1002 is a sure thing for passage in the current session of the Indiana General Assembly.

The bill, currently under discussion in the State Senate, proposes a 10-cent increase in the state gasoline tax, which presently is 18 cents per gallon and has not been raised since 2003.

At the third and final Legislative Update session of the year on Saturday at the Farm Bureau office in Greencastle, legislators representing Putnam County all agreed with the notion that, as District 24 State Sen. John Crane (R-Avon) articulated, “Those who use the roads should pay for the roads.”

In fairness, however, that would require creating a user fee of some sort, which seems impractical to implement.

Still, the philosophy, District 44 State Rep. Jim Baird (R-Greencastle), said is that “those who use the roads the most, pay the most.”

Baird also dashed a theory that interstate truckers can fill up their tanks in Illinois and drive right through Indiana without contributing to the cause.

Conversely, that is one reason why, Baird said, “when truckers drive through, they keep a logbook on how many miles that have driven in our state. So we’re getting that revenue too.”

Hoosier lawmakers say that over the next 20 years, Indiana needs, on average, more than an additional $1 billion annually to maintain and improve the state’s roads and bridges. The need for local roads, meanwhile, is estimated at about $775 million annually.

With the current proposed increase of 10 cents, House Speaker Brian Bosma has said the plan would cost the average Hoosier $63 a year in new taxes and fees.

But that’s nothing compared to some of the figures presented in information disseminated Saturday by Rep. Baird.

For example, on average, Hoosier drivers spend an extra $491 annually on vehicle repairs due to poor roads in the state.

Other provisions within proposed HB 1002 include:

-- An automatic inflationary adjustment of not more than a penny a year on the gas tax through 2024.

-- A requirement that INDOT study toll roads with Interstate 70 listed as one of the possibilities.

“The alternative,” Farm Bureau moderator Steve Cash noted Saturday, “is putting it on your (property) tax bill ... I don’t think so.

“I’m not happy about paying more money for gas,” he added,”but I will if it improves our roads.”

Meanwhile, Sen. Crane characterized HB 1002 as one of the “big-ticket items” the Senate has just seen come over from the House.

“We just had our first meaningful discussion about it in caucus this week,” he said. “We’re challenged that we’ve got a problem that the roads need to be addressed and we’ve got limited resources.”

Key ideas are being discussed, he assured, noting that the Senate “hasn’t honed in on what the final product will be.”

Crane said he welcomes input from the public.

“Of course,” he said, “we’ve heard plenty from those who don’t want to raise taxes.”

With the General Assembly now past the halfway mark and bills in the opposite house to that of their origin, major work continues, Crane said.

Overall, the freshman senator stressed, the prevailing idea is “trying to make the best decisions