He was the first son of Max and Alice (Shoemaker) Clodfelter, born Sept. 3, 1949 in Crawfordsville. 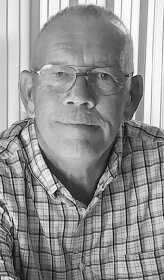 He was a 1967 graduate of Bainbridge High School and a 1968 graduate of the Hobart Welding School in Troy, Ohio.

He was a member of Bainbridge Christian Church, and was currently attending Bethel Baptist Church.

He was a career union iron worker for Local 22 out of Indianapolis, retiring in 2004 at age 55, and then worked for Legan Livestock & Grain until he became ill in 2016.

He was a good husband, father, grandpa and great-grandpa.

During his lifetime, Larry enjoyed numerous activities, riding his Harley-Davidson motorcycle, camping and NASCAR races, and was a member of Eagles Lodge 4388.

Funeral services will be conducted at 1 p.m. on Thursday, March 30 at Hopkins-Rector Funeral Home, Greencastle. Interment will follow at Bainbridge Cemetery.

The family will receive friends from 4-8 p.m. Wednesday, March 29 at the funeral home.

Memorial contributions can be made in Larry's memory to the charity of your choice.