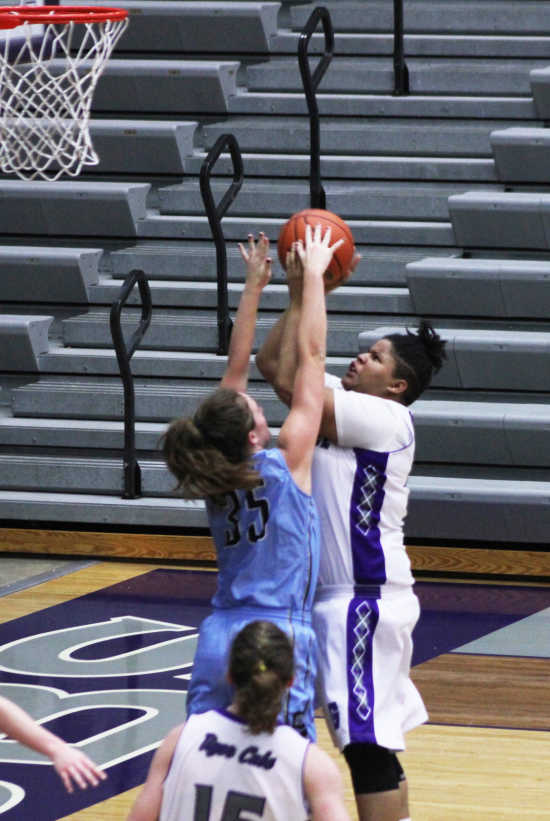 I intentionally omitted one key detail from Saturday’s story on Nailah Ray of Greencastle signing to play basketball for Olney Central College, in order to fully explain it in this space.

Normally in such stories, I try to ask college coaches how they “found” the athlete or if the athlete “found” them, but in this case I didn’t ask — I already knew.

I had watched Ray play several times this season, and I was surprised that I had not heard much about her college recruitment. She didn’t even start for her school’s team, and might be easy to overlook.

Olney Central has a pretty unique coaching situation for its two basketball teams, with Mike Burris coaching the men’s team and his brother Clint directing the women’s squad.

I coached Mike Burris on a team in the Bloomington AAU program in the summer of 1996, and got to know him and his family.

The Burris brothers have both consulted with me on occasion over the years about prospective recruits around the Wabash Valley, and I have offered realistic evaluations of my experiences with these players.

Sometimes they wound up with those players, sometimes not. On other occasions, for under-recruited players like Ray, I have initiated the conversation and tried to sell a coach on an player.

I sent Clint a direct message on Twitter asking him if he knew of her, and he said he didn’t. I proceeded to explain her strengths and weaknesses, and he began to look into her.

Fast forward to about a week ago, and Burris and Ray sealed the deal with a signed national letter-of-intent.

I hardly qualify as a high school free-agent matchmaker, but one thing about working in the newspaper business compared to other jobs I have had is a lack of making a difference.

As I approach my one-year anniversary next month, I feel safe in saying that I have written some good stories and taken good some photos. However, once they are cut out and mounted in scrapbooks I know their long-term effect is admittedly negligible.

Ray didn’t know the story of how this athletic arranged marriage took place, but she was predictably appreciative once she learned its history.

I told her that I made this recommendation for two reasons — to help a longtime friend have a good basketball team, and to open some eyes to a hidden gem.

I regrettably haven’t gotten to know many of the athletes very well yet, and hope that changes as time goes by.

Cooper Neese is the only one who has called me by my first name, which is understandable since we have crossed paths a few more times than other athletes. (His mother didn’t seem to like that fact when I told her about it, but I’m good with it.)

Ray is one of the most personable and fun kids that I have gotten to know over the past 11 months, but I told her that I would not have suggested her to anyone if her personality qualities were not positive ones.

I probably know a couple of dozen college coaches in many different sports, some other ex-players or students of mine and others from the Wabash Valley area who I got to know through athletics and/or newspaper stories in some manner.

I bring this story to you not seeking a pat on the back, but to explain Ray’s story without pummeling my highly-regarded journalistic ethics on conflict of interest in the signing story with a big sledgehammer.

I have told the coaches I know on many occasions that they DON’T want certain players, in my opinion, either because they’re lazy, selfish or their parents are incredibly overbearing and impossible to deal with rationally.

There is a popular saying that people should “dance like no one is watching,” meaning they should express themselves and not worry about what people think.

My sports equivalent would be that if you want to play college sports you need to get good grades and be a great kid in addition to having skill at your sport, and you need to go all out all the time because you never know who’s watching — or who those people might know.